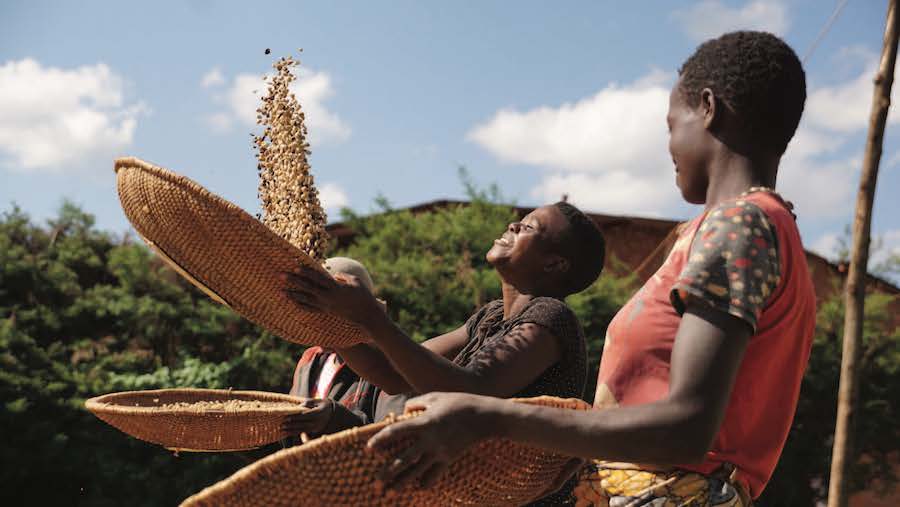 This sweet and savory microlot comes from the tidy, little Kibuye washing station and was a Cup of Excellence winner in 2014. It was processed using fresh stream water and was dry processed at the Sodeco dry mill.

Cherries in this region mature later and retain water longer, which allows more complex sugars to develop in the bean and results in a sweeter cup.

This microlot was sourced from JNP Coffee, which supports the coffee education of farmers on elements including optimal planting times, the careful harvesting of cherries, the special sorting of cherries before wet mill processing, and during- and post-drying under shade or on raised beds, as well as methods for packing.

JNP tells us that during the manual sorting process, "We saw farmers shaking off the cherries’ dried parchment on urutaro – large, flat handwoven baskets used to reveal the silver-covered beans before they go to the dry mill."

On average, coffee farmers in Burundi own between 25 and 50 trees. Trees tend to be around 20 years old, though in recent years, farmers have been planting a lot of new trees. In the northern part of the country, washing stations tend to use a double fermentation style, while the central and southern part of the country, washing stations favor a single fermentation style.