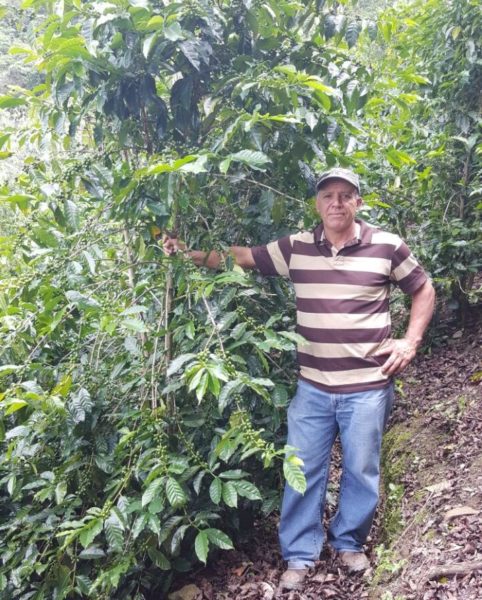 This coffee comes from the farm of Marvin Monge Valverde, a fifth-generation coffee producer who inherited his farm from his grandfather.

Today, Marvin and his sons tend the land and trees, which are a mix Bourbon, Caturra and Catuai. The land is under constant renovation and improvement, as Marvin and his sons—self described coffee lovers— seek to produce better coffee.

The Valverdes bring their cherry to be processed at the Palmichal micromill in San José—which is owned by InterAmerican’s parent company, NKG, and is focused on flawless milling, impeccable quality and taking individual care to match each crop with the processing method that will bring out its best qualities. They also ensure traceability and minimize the environmental impact of processing.

The coffee was later shipped to Canada and decaffeinated by Swiss Water Process, which uses a water-based process to remove 99.9 percent of caffeine from the bean.