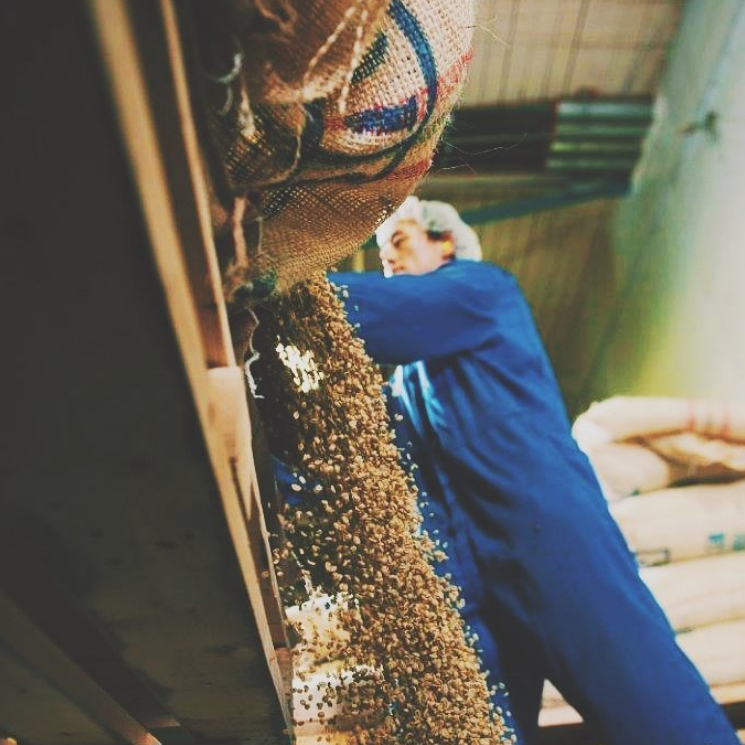 Swiss Water Process (SWP) coffees are free of added chemicals and processed using the cleanest water possible. SWP is also dedicated to aiding initiatives that support sustainability and the livelihoods of producers around the world.

The SWP process works through diffusion, not osmosis. Initially, green coffee beans were soaked in water until all the caffeine and flavor compounds were extracted. The beans were then discarded, and the solution they created was run through a carbon filter that removed the caffeine, leaving behind only the flavor compounds—what SWP calls its green coffee extract, or GCE.

When SWP decaffeinates a coffee, the beans are soaked with a small amount of the GCE, which creates a saturated solution in which the caffeine leaves but the coffee’s flavor compounds remain in place, unaffected. The GCE is like a yeast “mother.” While initially SWP had to sacrifice some coffee to create it, once the first batch was made, it just needs to maintain the health of the GCE and keep it slowly regenerating, which it does by adding small amounts of clean water.

Once the caffeine is extracted from the beans, they’re dried to 10.2 percent moisture and ready to be roasted.

Ready for some fun facts? Because the cellulose structure of a decaf bean has been expanded and shrunk back — but not shrunk back completely — the structure of the bean is not as tight as non-decaffeinated bean. That’s part of the reason that decafs don’t change much during the roasting process. It’s also the reason roasters don’t hear the “crack”— the cellular structure in decaf has already been manipulated, and the traditional crack is moisture reaching the boiling point inside the bean and pushing through.