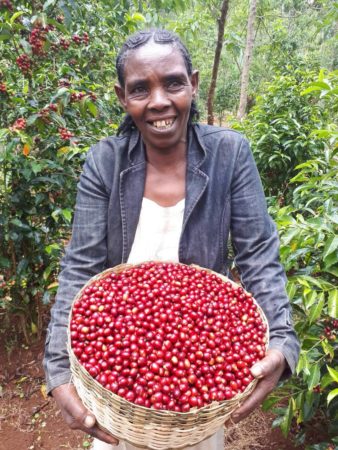 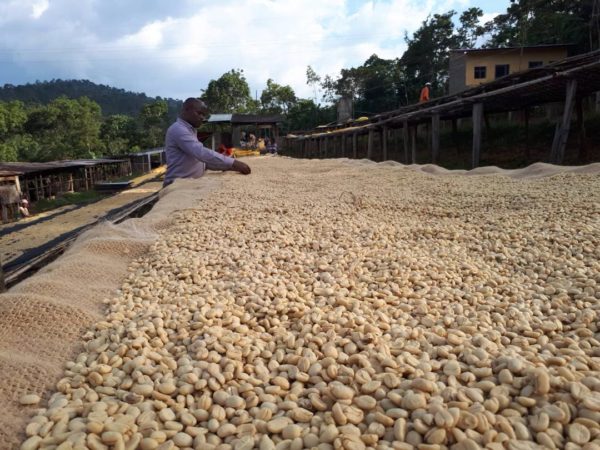 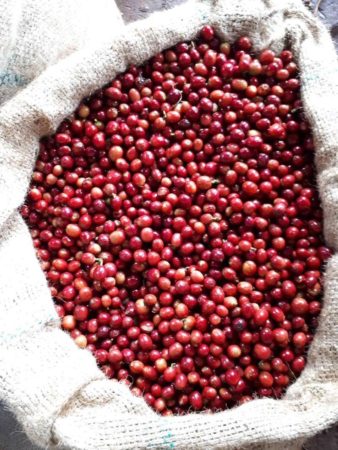 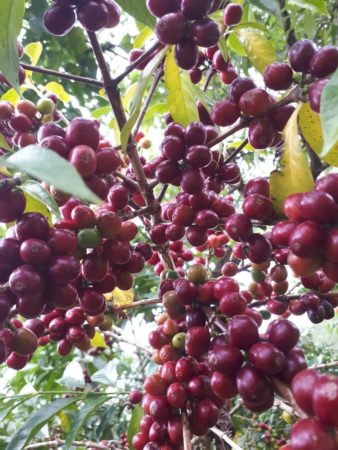 The Yirgacheffe Coffee Farmers Cooperative Union (YCFCU) represents more than 300,000 families and indirectly supports the livelihoods and daily survival of more than 15 million people in Ethiopia, through high-quality coffee production. Located in Gedeo, Southern Ethiopia, YCFCU was founded in 2002 and represents 23 member cooperatives, including the Aramo Cooperative, which produced this coffee (and is pictured above).

The YCFCU pays its farmers premiums based on the quality of the final coffee, and it requires that farmers pick only fully ripe cherry. At a YCFCU quality-control center, cherries are sorted to remove any that are not up to standard and are then pulped, fermented, washed and dried to 12 percent moisture.

YCFCU has its own processing facility in Addis Ababa, where the dried coffee parchment is bagged and transported to hulling machines and warehouses. The YCFCU is involved in several projects, including one that purchased 500 school desks for children in the community. It also worked with a cooperative union in the area to ensure that electricity was installed in the Yirgacheffe area.

The cooperative also realized a vital need in the transport sector. While initially it was impossible for many residents to access markets, because an old bridge was dangerously rotting, the YCFCU built a new bridge, which has increased market access and development dramatically.