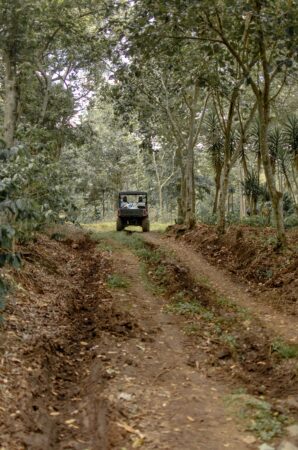 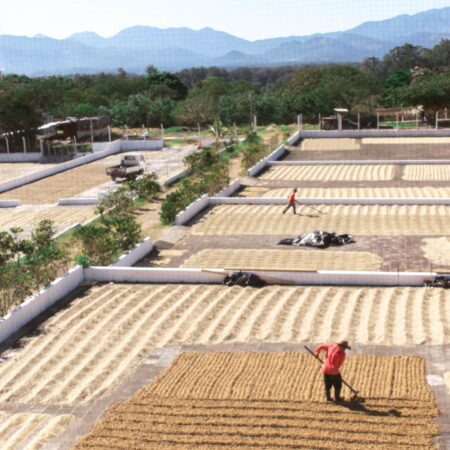 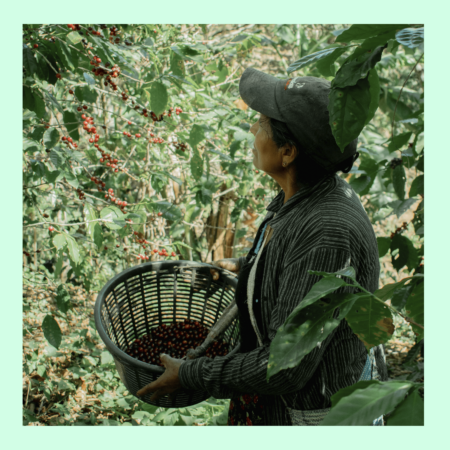 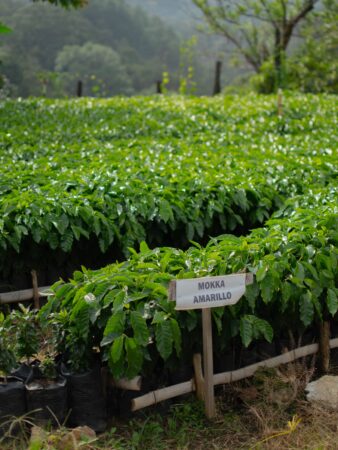 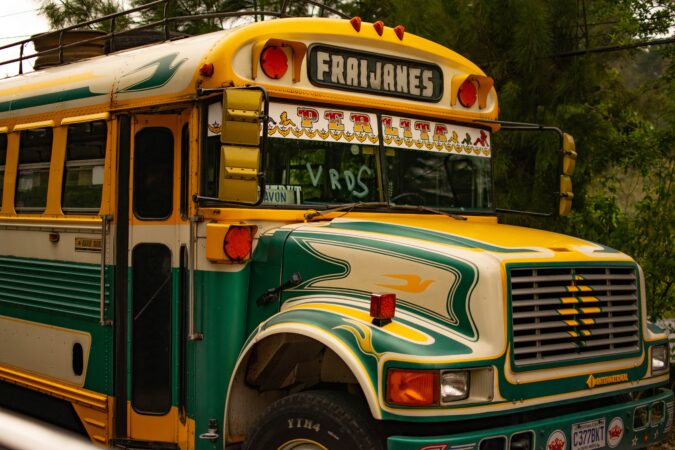 Guatemala Fraijanes SHB EP is named for the municipality where it is grown and processed. In the department of Santa Rosa and the municipality of Fraijanes, small to medium sized producers deliver cherry daily to various reception points. Once the volume accumulates to a truck load, it takes it's next journey. The coffee is delivered to Beneficio San Victor wet mill in Fraijanes, right on the border of Santa Rosa.

Guatemala Fraijanes SHB EP is siphoned and pulped mechanically. Demuciliged coffee then undergoes a 17 hour pre-fermentation. It is subsequently washed to remove the remaining flesh. Finally, the coffee is dried on patios for three to four days and finished in a mechanical dried for 35-40 hours at low temperatures. After coffee is evenly and sufficiently dried, it is sorted at the dry mill.

One of the earliest coffee producing areas of the country, Fraijanes is often compared to the famous Antigua region. In fact, they are equidistant to the capital of Guatemala City, in opposite directions. Here, plentiful rain coalesces with plentiful sun, creating misty mornings and dry afternoons. This allows coffee plants to thrive and coffee harvests to be sun-dried. Additionally, Pacaya – one of Guatemala’s three active volcanoes – continuously supplies the pumice soil with additional minerals through occasional dustings of ash. These factors, combined with high altitudes and intermittent humidity, create a dynamic flavor profile.