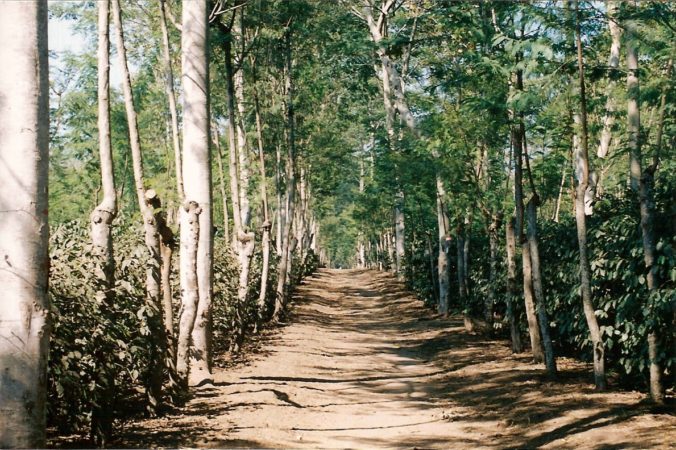 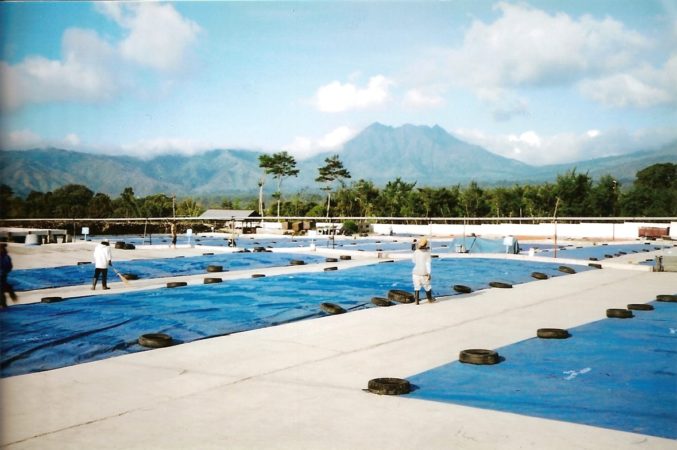 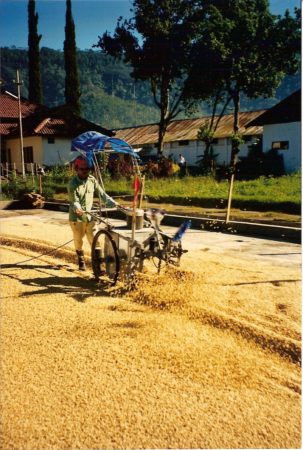 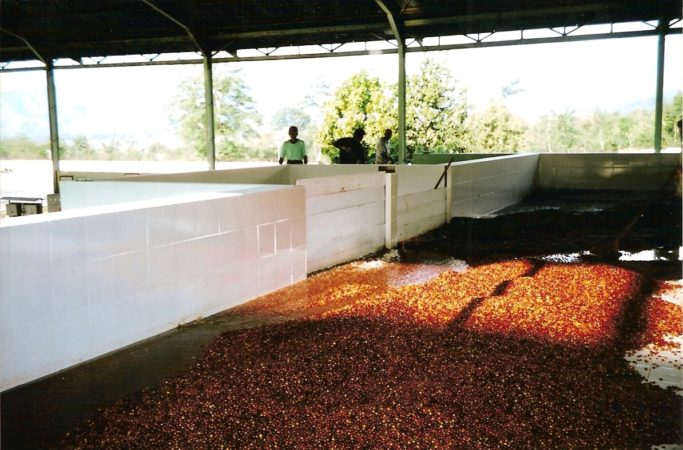 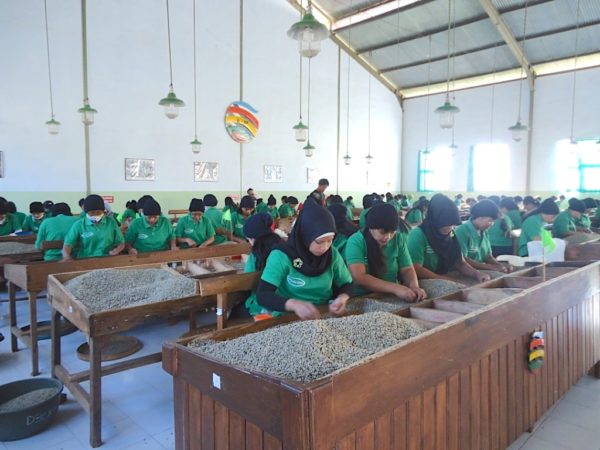 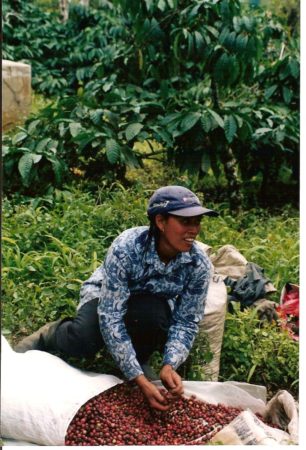 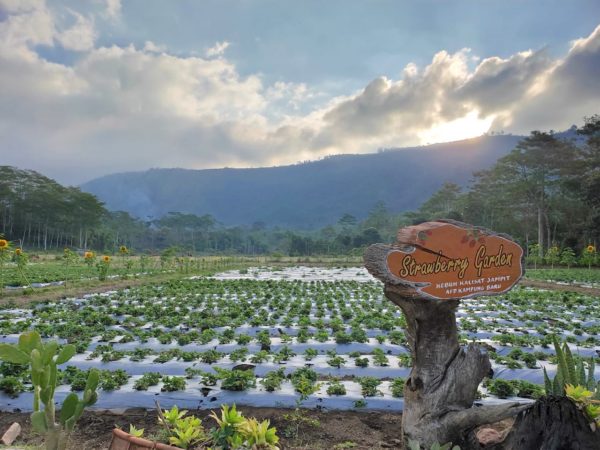 For centuries, the world has known this eastern archipelago for its fertile land, abundant natural resources and exotic products that earned its moniker “the spice island.” Today, Java remains rich in resources, varied cultures and truly jaw-dropping natural beauty. It’s home to coffee plantations, waterfalls, hot springs and the Ijen crater lake — the world’s largest acidic lake. Its turquoise water sits in stark contrast to the natural yellow sulfur that rises up around it and is mined by hand into wooden baskets from the crater floor.

Agriculture has been the traditional backbone of Indonesia’s economy. Today, it’s a major producer of several important cash crops—including palm oil, sugar cane, cinnamon, nutmeg and coffee—that are grown both on large estates and by smallholders.

The Java Arabica Jampit Estate, on the Ijen Plateau in eastern Java, was founded in 1900 by the Netherlands-based Davit Bernie Administatie Office and is today managed by the state-owned enterprise PT Perkebunan Nusantara XII (often shortened to the rolls-off-the-tongue PTPN XII).

The crop cycle is 80 to 100 days, and coffee is harvested between June and September. At the Kalisat Jampit Factory, cherry is fermented (anaerobic) for 36 hours, washed, rinsed and left with 8 to 10 percent of fruit left on the bean when it’s move to patios for drying and raised beds for hand sorting.

The estate is involved in programs that focus on plant healing and fertilization, as well as benchmarking and improving productivity, and includes a washing station, drying patio, lab and cupping room, guest house and strawberry garden.