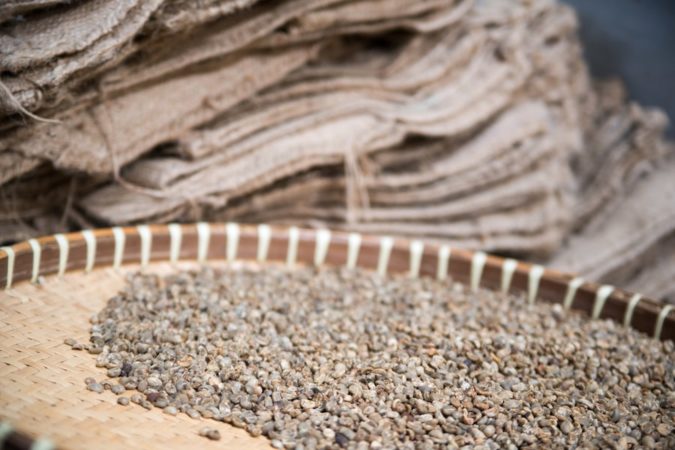 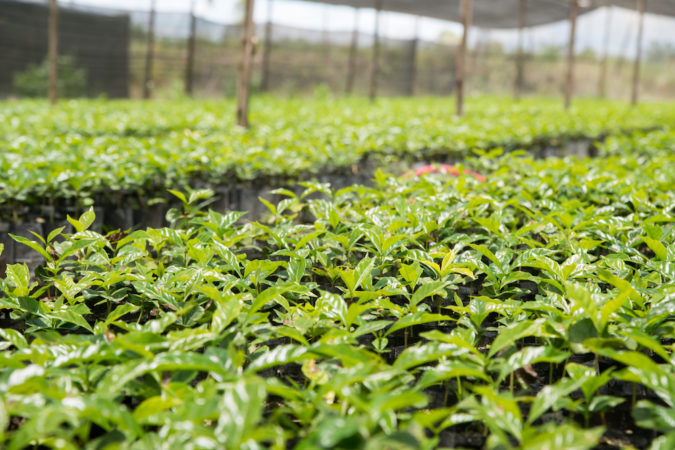 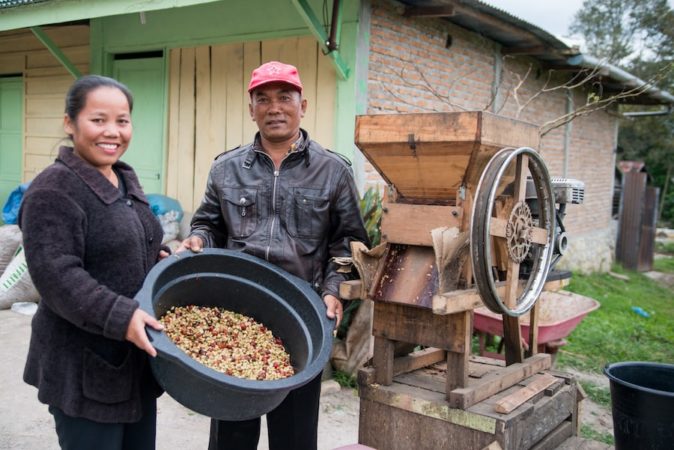 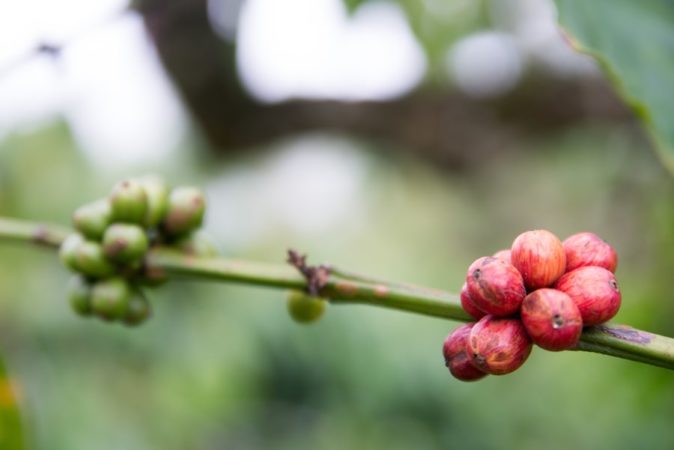 In Sumatra, the second-largest island in the Republic of Indonesia, Mandheling coffees are grown on the lofty, volcanic slopes of Mount Leuser, near the port of Padang in west-central Sumatra. Mandheling coffee also includes that from Aceh in the north, near lake Laut Tawar. The name doesn't reference a place, though, but rather honors the Mandailing people, an ethnic group in the Batak area who go by this second spelling.

Mandheling coffees are grown by small holders in shade, usually organically in practice. InterAmerican buys Grade 1 Sumatra coffees as Double-Picked (DP) or Triple-Picked (TP), referring to the number of times the coffee is hand-sorted for defects.

We rely on a number of suppliers to ensure reliable delivery of certified coffees from Sumatra.

One newer supplier is Utama Sejahtera Agro, or Utamagro, which was created in 2002 and began exporting green coffee to international markets in 2017. It says its mission is to provide the best quality products to customers, and that it’s committed to improving employees’ competence, making its production processes more efficient and embracing emerging technologies.

Utamagro set up a cooperative in Aceh called Koperasi Utamagro Tani Gayo, which exclusively supplies coffee to Utamagro. Utamagro Tani Gayo engages youth from the district, who come from all backgrounds and experiences. The founders were motivated to form a youth initiative within the co-op to address the lack of economic opportunities for young people in the area. The co-op’s primary focus is to advance the economic welfare of its members, as well as to educate them in how to properly run the co-operative. This means looking out for “the welfare of members in particular and society in general.”

KSU Adil Wiladah Mabrur and Koperasi Gayo Mandiri are closely associated co-ops. With their Fairtrade premiums, each has purchased agricultural tools (such as weed cutters, machetes, shovels and saws) and invested in environmental education and training (such as erosion avoidance, soil conservation and proper waste disposal).

The co-ops also focus on social programs such as women's empowerment. The latter has included supporting women during pregnancies by purchasing necessary medical tools, as well as courses to train women in financial management.

Buana Mandiri was formed in 2014 and is still considered a new cooperative. Most of its board and members are young men. The last few years, they've been working hard to supply members with personal protective equipment, fertilizer, seedlings and young shade trees, promoting a focus on sustainable farming. They currently have around 1,300 members, whose farms, in the Bener Meriah region, are between 1,200 and 1,400 masl. The cooperative now also has its own mill in Bener Meriah.

Still another supplier is the women-owned and -run Kokowago Cooperative.