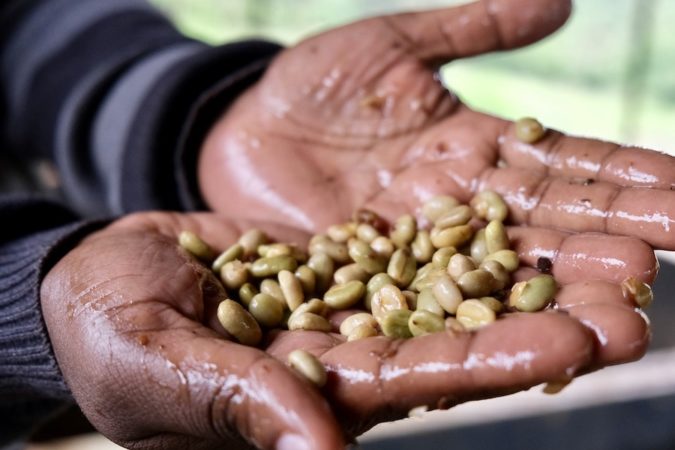 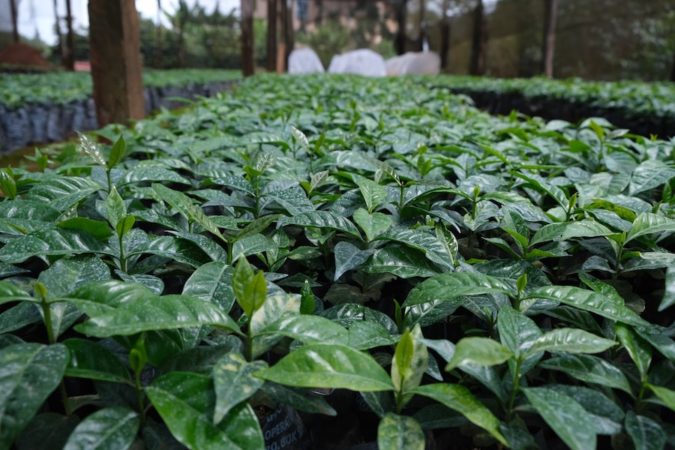 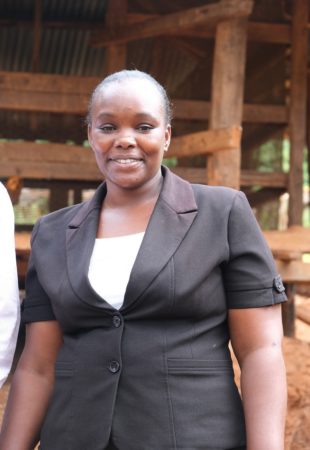 The Iyego Farmers Cooperative Society was established and registered in May 1959 with 600 members. It later renamed itself the Iyego Coffee Growers Cooperative Society to better represent its members’ mandate. Today, the society is 7,528 members strong—approximately 4,500 of whom are active—and focuses exclusively on coffee. On average, members farm about a one-third hectare of planted coffee.

The Cooperative Society is fully owned by its members, who contribute shares and are issued share certificates. It’s also regulated by the Cooperatives Act. Members elect 9 board members and 3 supervisory committee members, who oversee day-to-day operations. There are also 70 permanent staff members under the direction of a Secretary Manager. During peak harvest time, seasonal workers are hired to assist with production.

In the Murang'a District, near Muguru, cooperative members grow coffee in small gardens with red, volcanic soil. Their plants flower during March and April and are ready for harvest between October and December.

The area is also known for its tea plants, and for its indigenous trees that are well protected by the community.

Jacquiline Nyaga, pictured above, is the manager of the Iyego Cooperative. The team at NKG's Ibero Kenya say she is one of the most interested and engaged managers they've ever met. When Ibero hosted managers at its QC lab, to cup coffees, they shared a presentation that included floating tanks. It was the first time Ms. Nyaga had seen the tanks, and she was surprised to learn that they help increase quality.

A few weeks later, she installed floating tanks at all her washing stations, which the team at Ibero believes is one of the key reasons that Iyego quality improved markedly this year—as did payments to the cooperative members.

The Gatubu factory, or mill, washes and ferments the coffees with fresh river water before drying them on raised beds. It has also taken steps toward environmental conservation by initiating projects to recycle the waste water from its six soaking pits.