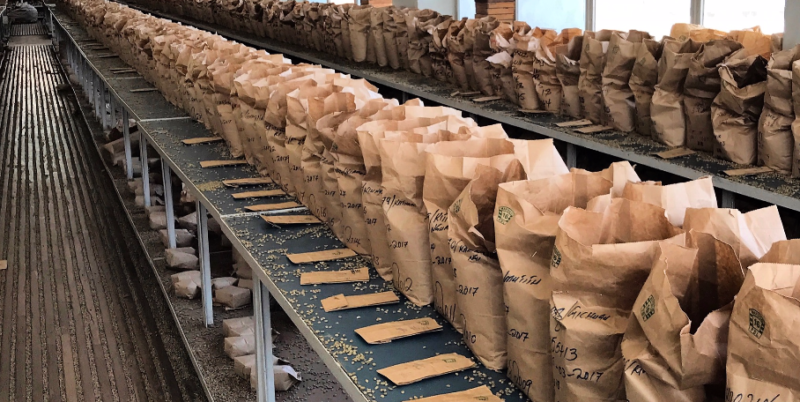 Ruarai is a Kikuyu name meaning “place of rocks,” which refers to the very rock-filled Ruarai River that flows down along the coffee factory (mill), and which the factory is named after. The factory is also in a popular location, near an open-air market called Gakindu that sells livestock and produce.

Coffee trees in this area— at the foot of Mt. Kenya, with its rich, red volcanic soil—flower between February and March, and harvesting occurs between October and December. Temperatures here range from around 55–77 F, and the area receives around 55 inches of rain each year.

Coffees at the Ruarai factory are fermented with fresh river water and the dried in the sun on raised beds.