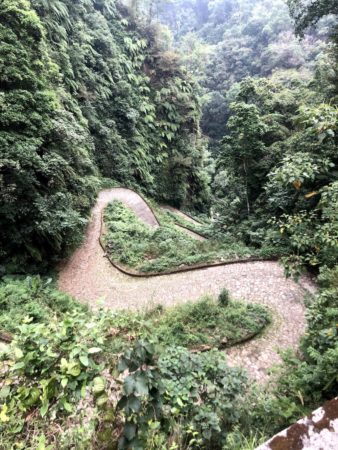 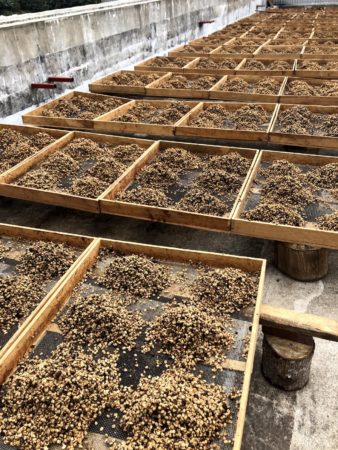 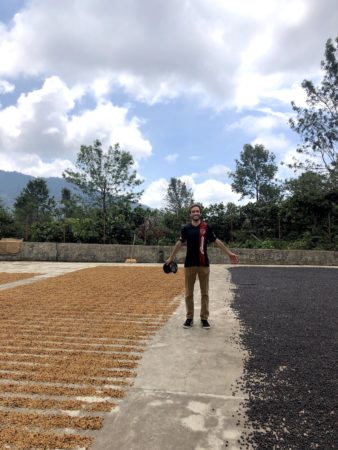 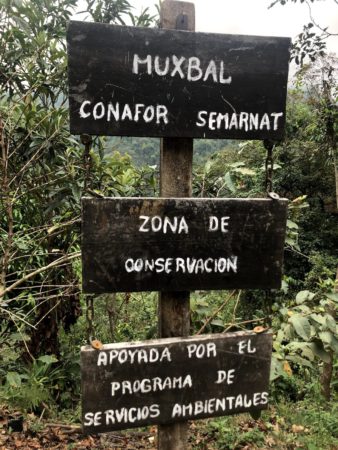 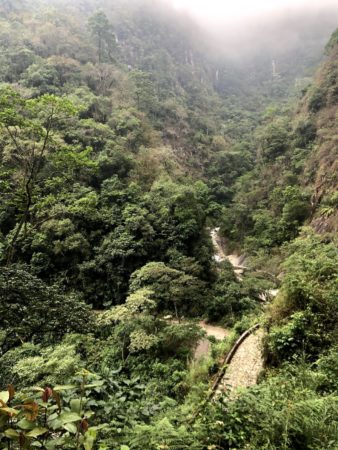 Muxbal Estate is a stunning, mountain-top coffee farm in Unión Juárez that takes its name from the Mayan phrase for “place surrounded by clouds.”

Muxbal is 236 hectares literally at the border of Guatemala. Half is planted with coffee and half is a protected ecological reserve of rainforest, rivers, springs and natural flora and fauna. It is has been Rainforest Alliance certified since 2006,and is continually implementing good environmental and social practices. On the property are a school for the children of the workers, including those who arrive for the harvest; housing for all employees; and a kitchen that feeds them all.

The farm is owned by Maeggi Rodriguez and managed by her sons, Jorge and Juan Pablo, who are enormously open to processing improvements and new ideas. These include developing, two years ago, the ability to create natural and honey-processed coffees.

Muxbal’s history as a coffee farm goes back to the late 1700s, when Chiapas was still part of Guatemala. While little is known of its earliest years, in 1860 it belonged to Matias Romero—a protege of Mexican president Benito Juarez who acquainted himself with American politicians and business leaders and became a secretary of legal affairs in the United States and later negotiated the U.S.-Mexico Claims Agreement of 1868 that facilitated Mexico's credit rating with U.S. investors.

Muxbal later moved into the ownership of the Brown family and then, by marriage, to the Ochoa family—who offered to sell it to Enrique Rodriguez (Maeggi’s father). When the young Don Enrique arrived for a tour, there was no road; he climbed the steep hill by foot to find a simple farmhouse, hens and pigs milling about and a coffee plantation badly in need of renovation. He was smitten.

He dissolved a business partnership to acquire the money and, over time, replanted the farm and rebuilt the wet mill and dry mill. In 1965, construction of a road was undertaken—a project that would last 10 years and require the dedicated work of a dynamite-blasting road builder. Initially, the road could accommodate a donkey; later, a car—though a small one and with much maneuvering. It has since been widened to comfortably accommodate most vehicles, but el Caracol, as it’s known, is still as dramatic as the efforts required to build it (and makes San Francisco’s Lombard Street look like a crooked lane).