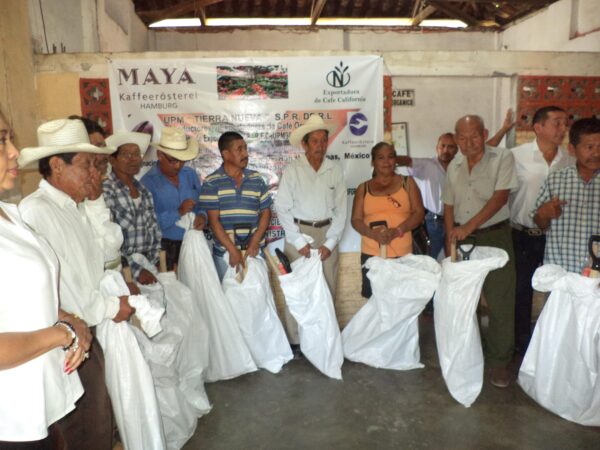 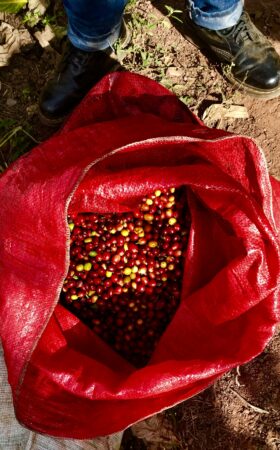 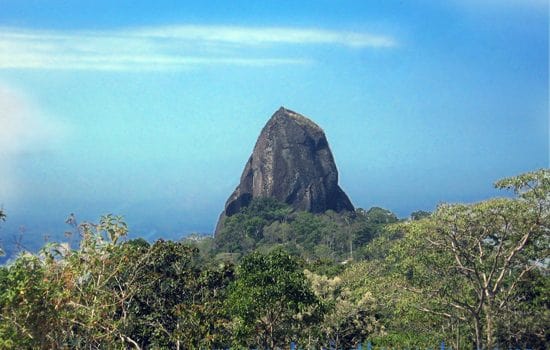 Mexico Tierra Nueva Organic coffee represents the efforts of 340 producers in Huixtla, Chiapas. These farmers together work 1300 hectares, however each manages a small holding of about 4-5 hectares. Collectively they represent 5 municipalities, distributed across 16 communities.

The coffee grows in the highlands at 800-1600 masl. Arabica varietals represented are Catuai, Caturra, Sarchimore, Marsellesa. (Marellesa is a Sarchimor and Caturra hybrid. Explicitly adapted to medium altitudes, it matures quickly, has high yields, and is resistant to leaf rust. In terms of cup quality, it is sought after for its notably high acidity.) Producers mill their coffee at their own farms and dry the coffee on their own patios. Lastly, dry parchment is brought to Tierra Nueva to be sold collectively as Mexico Tierra Nueva Organic.

Tierra Nueva organization is located in Huixtla, Chiapas. Huixtla village was founded in 1486 as a tribute village for the Aztecs. In native Nahuatl, ilhuicatl-huitztlan means “the sky where thorns abound” and refers to the celestial region of the universe in Mexica (pre-Aztec) mythology.

The village is home to Huixtla stone which legend tells was once a giant bell. Twenty men carried a bell back from Guatemala. After a month of journeying, they rested and placed it down on the stones of the mountain. They were waiting for a sight “a rooster sound, a donkey bray, a horse neigh and a bell ring; should they carry it again to continue their journey.” But in their exhaustion they forgot to listen, and when they tried to carry the bell again they could not. The bell henceforth became stone looking over the West. After that, local villages and farms were prosperous and people brought offerings to the stone after each harvest.