Erna Knutsen Shattered a Ceiling and Earned All Our Love 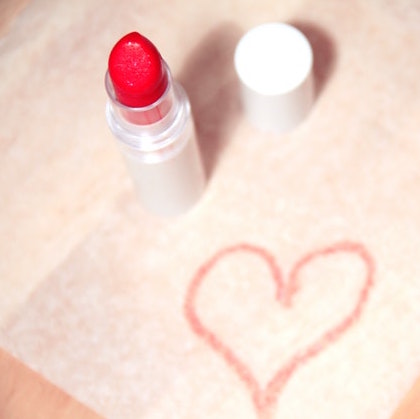 The coffee industry lost its grande dame June 16, when Erna Knutsen passed away at the age of 97, reportedly wearing her trademark red lipstick.

Erna, who was born in Norway and came to America as a child, was known for coining the term “specialty coffee” in 1974, to represent a new caliber of quality the green coffee industry was beginning to take note of.

But she’ll also be remembered for so much more, including her humor, her wit, her intelligence and her get-it-done attitude. Famously, she started in coffee as a secretary at a green coffee importer, where she had plenty of talent, ideas—and obstacles to overcome.

As she recounted at the Specialty Coffee Association of America’s opening ceremony in 2014, “I was kept out of the cupping room and [away from] the roaster because I was a woman …. They were all men and they didn’t think women deserved the break. But I fooled them. I bought the company and fired them all.”

InterAmerican Senior Vice President Kayd Whalen recalls, “She was one of the first women in the cupping room. She was a firecracker and a leader and a friend."

One of their first meetings was at a business dinner, which was one of Kayd's first dinners in the coffee business.

“Erna brought us to Jack’s, which was this famous old-boy’s club in San Francisco, where they’d given Erna her own table!” Kayd laughs. “There was a lamp on the table, to help with reading the menu in the dark restaurant, and I remember she grabbed the lamp and shined it in my face like a spotlight and said, ‘So tell me, how did you get into coffee?’ I just adored her…”

Erna shattered coffee's glass ceiling, enabling so many others to follow behind her (did you know InterAmerican is 75 percent women?), and she wielded that hard-won accomplishment, and her femininity, with well-deserved pride.

Crystal Reyes, head of logistics and a trader in our Houston office, recalls the early working relationship between InterAmerican and Knutsen Coffee (as Erna had renamed her former employer after taking over it).

“We were friendly competitors, and she would call to buy coffee from us, when they ran low on something, and we’d do the same,” says Crystal.

“You knew it was her the second you picked up the phone, because she was such a character," Crystal recalls. "But my favorite part was her red lipstick. Every time she signed a contract, she’d reapply the lipstick and give the contract a kiss—it was like her second signature. I loved seeing her contracts come across my desk. That lipstick cracked me up every time.”

“Whoever answered the phone would politely ask, ‘Who would you like to speak to, Guy Burdett or Carl Walker?’ And Erna would say, ‘Give me the good-looking one!’” John laughs. “The person holding the phone would be looking around, not knowing what to do.”

Crystal grins, adding, “She did that to me one time, and after considering it for a moment, I hung up on her. Of course, I called her right back and said, ‘You’re going to have to do better than that!’ She just laughed and laughed.” •