The Coffee Club initiative began in southern Tanzania in 2017 with two or three high schools. An Australian roaster had an idea to share coffee knowledge with the teenage children of local coffee farmers. InterAmerican sister company City Coffee supported the idea. It selected a few schools in villages where it works with coffee cooperatives and invested in the creation of a three-year program.

Students who join a Coffee Club learn to establish a coffee nursery and set up a demonstration plot at the school. They learn how to fertilize and prune the plants, as well as how to manage pests. Equal attention is also paid to record keeping and accounting, to establish the financial literacy important to running a profitable business. 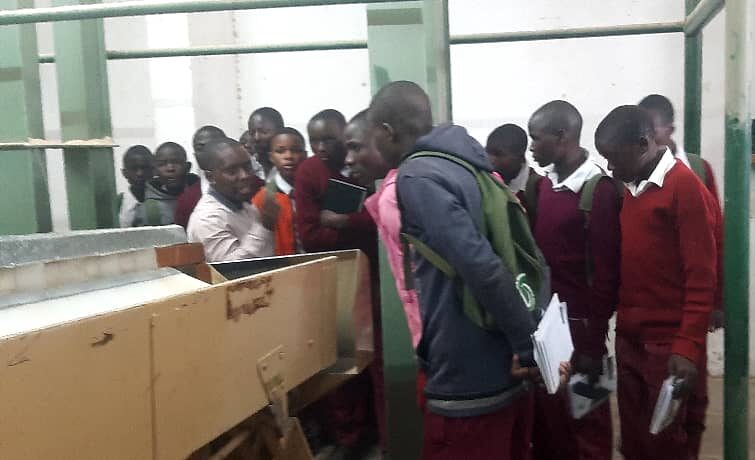 Additionally, Club members receive between 50 and 200 seedlings to plant on their parents’ farms and are responsible for the care of the plants, as "learning by doing” is a key methodology of the initiative. Once the trees produce coffee, all profits from the sales belong to the students.

“This isn’t about forcing people into coffee, but rather about giving them an option,” says Christophe Brinker, a trader at our sister company. “There’s a high rate of unemployment in the area — that’s compared to Kenya and to other areas of Tanzania. So, if young people want to go to university, that’s wonderful. But if they decide to stay in the area, at least they’ll have knowledge about coffee, and really more knowledge than the average coffee farmer, and a way to earn an income.”

Since its inception, the program has expanded to more than 10 schools, thanks to help from sponsors and direct support from City Coffee. InterAmerican is delighted to share that it has committed to a three-year sponsorship of Nzovu, a school related to the Igale AMCOS in the Mbeya region and a new addition to the initiative.

“Recently, we brought a customer to visit the home of a boy who had just started in the program, and when we arrived, the boy’s older brother was also there, visiting from university. It turned out the older brother had also been part of the Coffee Club,” said Christophe.

“The customer asked the older brother what the experience of the Coffee Club had done for him, and the boy answered that the coffee he had planted in the Club was now to thank for his time at university,” Christophe continued. “He said he was home on holidays during the harvest time, and while he was at school his family helped with the plot. For him say that the knowledge he gained in the Club was financing his studies — it was very emotional for everyone to hear.”

While over the last few years, students’ coffees have been sold off and blended, this year our colleagues in Tanzania will look into whether it’s possible to combine the lots from Club members into a single lot offering. While most farmers in the area see yields of 1kg per tree, the goal for Club members is 5 to 7kg per tree.

To learn more about the Igale AMCOS, please visit the coffee profile. Or, to learn about sponsoring a Tanzania Coffee Club yourself (support as an Associate Partner begins at $1,000), please ask your trader for details or email traders.iacus@nkg.coffee. •

Christophe Brinker will present an overview of Tanzania and Kenya, and how coffee works in each country, during a webinar at 11 a.m. ET Sept. 9. Please click to register!