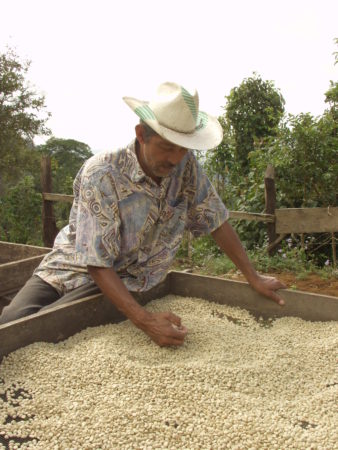 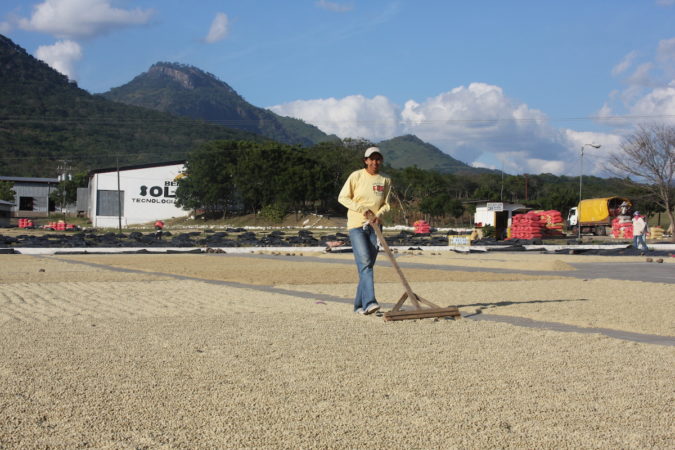 Nicaragua Wiwili is grown and harvested on shady, forest-covered parcels in the country's northern regions of Jinotega and Matagalpa by Cooperativa La Providencia.

La Providencia is one of 11 co-ops that are part of the larger CECOCAFEN, or La Central de Cooperativas Cafetaleras del Norte.

CECOCAFEN was established in 1997 and today consists of 11 primary and secondary co-ops, representing approximately 1,900 producer members. La Providencia is located in Jinoteca, on the edge of the Rio Coco and at the foot of the Kilambé Massif Mountains, in an area known as Wiwili.

In the 1980s, Wiwili was the site of intense fighting between the Sandinistas and the Contras and made news for the suffering its people endured and later headlines after a bombing. In 1996, a small group of coffee farmers decided to come together and brand their coffees as Café Wiwili.

“Today Wiwili is no longer famous for the war but for Café Wiwili, one of the best coffees in Nicaragua,” says the co-op.

Grown in the highest zones of Kilambé, just a few miles from the Honduras border, La Providencia dries its coffees on decks that use solar-powered dryers. With a similar focus on sustainability, steps are taken by the wet mill to prevent the contamination of the river, which supplies the mill's water and is essential to the health of the community and the countless animals and plants that rely on the Rio Coco as their primary water source.

La Providencia members each grow and harvest coffee on their individually owned plots, which are planted with native flora. Ripened coffee is harvested by family members and nearby co-op associates, and every part of processing is manually performed. The farms are certified Organic and Fairtrade, and the co-op “takes great pride in its ability to control quality and use safe, sustainable methods to process its coffee.”

The people of Nicaragua, and the specialty coffee industry in the country's north, have faced tremendous challenges in national crises that include earthquakes (in the 1970s), civil war (in the 1980s) and hurricanes (in the 1990s). Though the largest country in Central America, it now has the lowest population. While Central American coffees tend to be chocolatey and rich, Nicaragua's specialty coffees are generally bright and delicate with citrus notes, making them potentially cost-effective alternatives to East African coffees in a roasting blend.