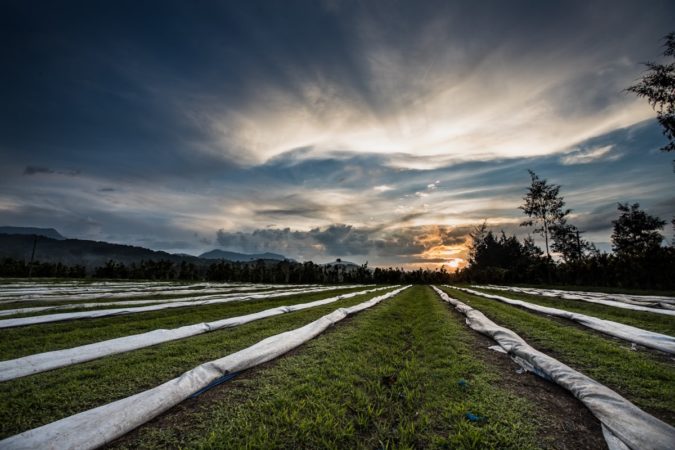 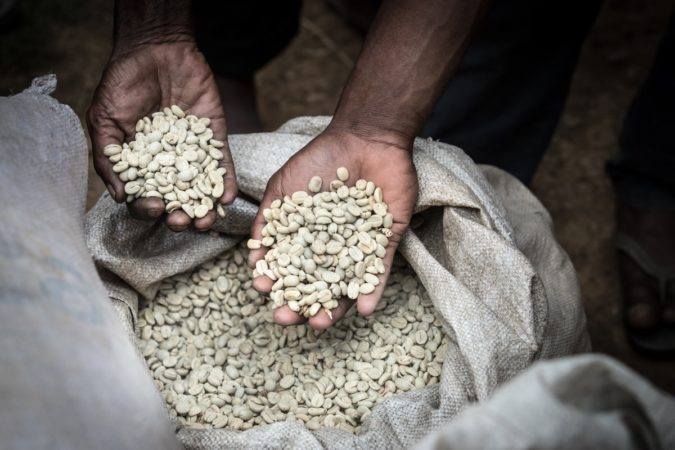 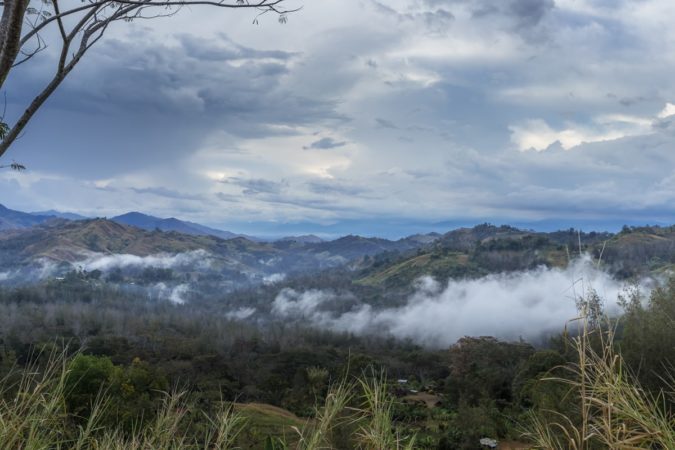 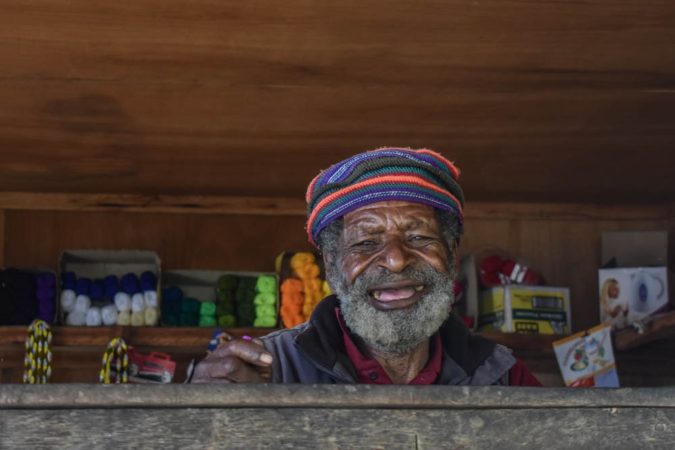 Papua New Guinea Plantation Peaberry is often a blend from various plantations. The lot that arrived in Dec. 2019, however, is all from the Kuang Mill. While this mill is relatively recent, having been built in 2005, there’s a long and rich history of excellent, AX-grade coffee from this region.

Near the border of what is now Jiwaka Province and the Western Highlands is a cherry collection point. It’s conveniently located for cherry suppliers and is in the immediate vicinity of the Kuang Mill — and has majestic views of the Waghi Vally and surrounding mountain ranges as its backdrop.

The area has the highest density of plantation blocks in the country, and coffee is the major cash crop for the entire region. During Papua New Guinea’s colonial era, this area was the pinnacle of well managed and immaculately manicured plantation estates. Famous names in this region include the Kigabah and Amuliba estates, which are still operating as estates.

Following PNG’s independence, most plantation estates were returned to the original landowner groups and divided into smaller blocks that are today managed as smallholder or subsistence-farmer blocks. During that time, the absence of commercial milling capacity led to this excellent coffee being blended in anonymous batches of parchment. But understanding the quality and history of the coffee in the region, as well as the potential, Mr. John Kerowa purchased land and established a wet- and dry- milling operation in 2005: the Kuang Mill.

In collaboration with New Guinea Highlands Coffee Exports (InterAmerican’s sister export company in PNG), the coffee from this plantation catchment area is now separated — and celebrated.

Mr. Kerowa has been able to offer local communities an immediate buying point for their cherry from the plantation blocks. In terms of cost efficiency and better pricing, this has been a major step forward for the thousands of farmers that now have access to a local point of sale. And the controlled commercial milling environment results in an excellent Plantation AX quality.

Mr. Kerowa is now well-respected by the local people and viewed as a mediator in clan or tribal disputes. He also offers support to communities financially, for social events or customary needs (such as funerals, compensation payments, dispute settlements). His business success and his positive attitude toward change has given him a natural leadership position.

Kuang Mill has been so successful that in 2018 it was able to purchase one of the original plantation blocks — 120 hectares of planted coffee adjacent to the mill site.  While some rehabilitation work is required, this next investment will open new doors for the Kuang Mill to develop a complete cycle and bring back full control of a single estate. Our colleagues at New Guinea Highlands are very excited to see this new project develop and expect to be able to offer Kuang Specialty Single Estate lots in the near future.