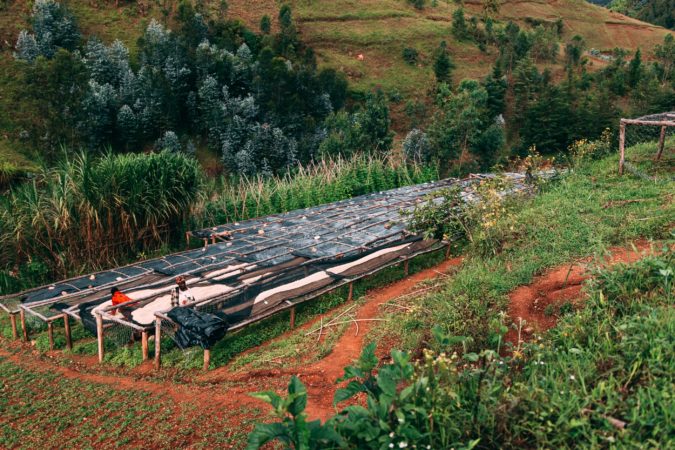 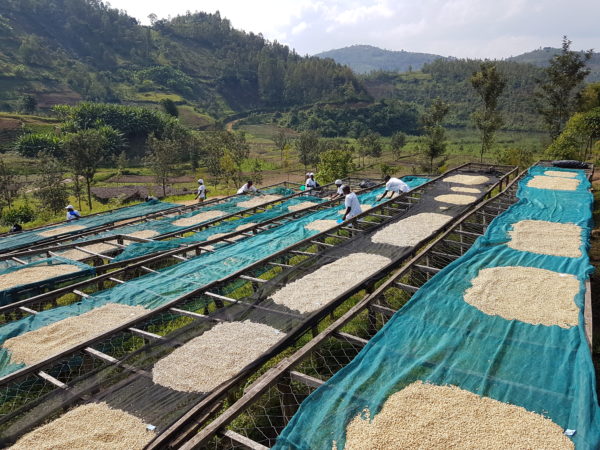 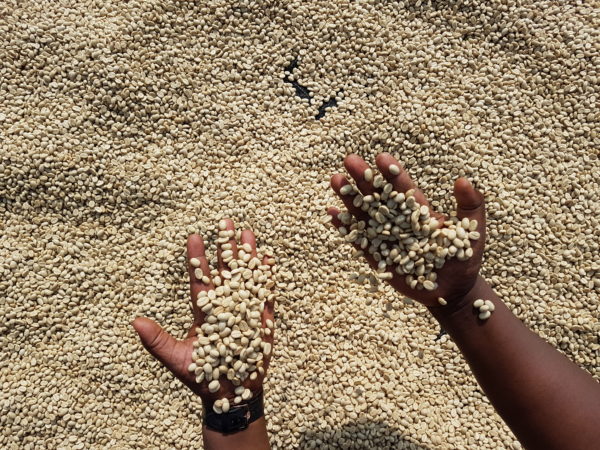 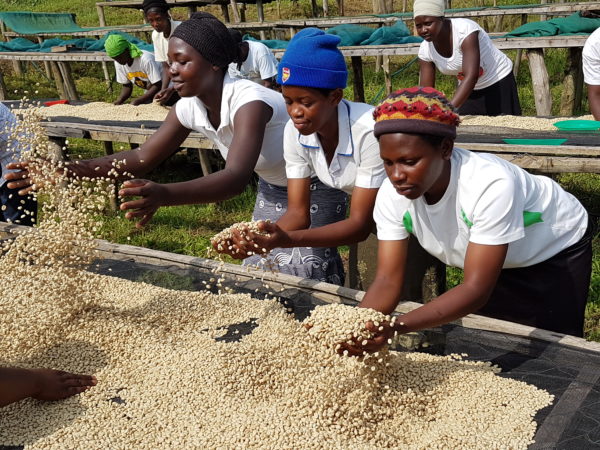 Kilimbi was the first washing station built by the Muraho Trading Company. Completed in March 2016, the station has, in less than three years, left a mark on Rwandan specialty coffee production.

Muraho was the first company in Rwanda to be granted legal approval to produce and export honey and natural processed coffees at Kilimbi and its sister station, Rugali. Kilimbi was also the first station in Rwanda to successfully process black and red honey coffees. Kilimbi has won many awards and coffees processed at this station have been used in both regional and international barista competitions.

After cherries are brought to the Kilimbi station, they are pulped in a machine pulper. They’re then floated in fermentation tanks overnight, for approximately 12 hours, afterwhich workers perform “ikinimba” — a practice of singing five songs while dancing and stomping on the coffee to clean off the last of the mucilage. This is intended to bring out more sweetness in the coffee.

Beans are then graded from A1 to A4 using channels based on density and size, and are afterward hand sorted. Finally, the beans are dried for 20 to 25 days on raised beds.

The Kilimbi washing station team and the Muraho Trading Company work continuously to support and improve their farmers’ production. Farmers receive second payments and bonus payments every year of production. Between 2016 and 2018, the team raised 129,450 coffee seedlings and distributed them to Kilimbi farmers. And in 2018, Kilimbi paid for health insurance for all its farmers for the entire year.