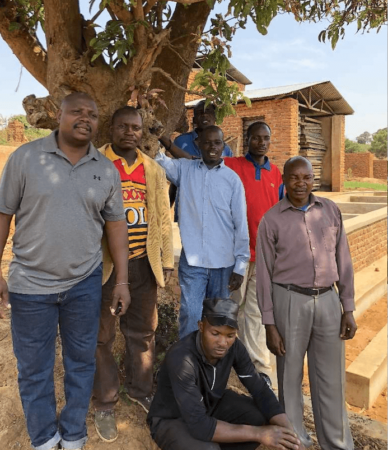 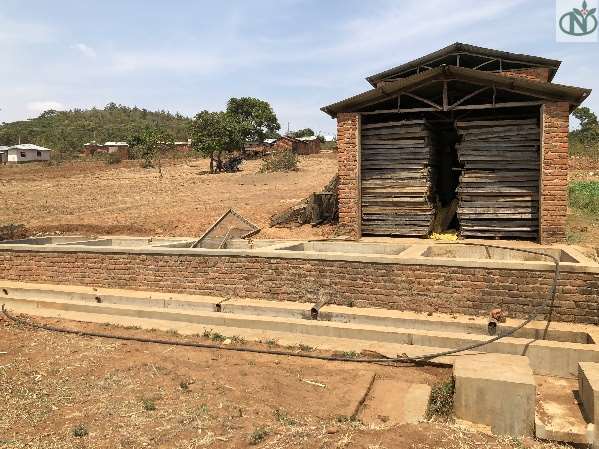 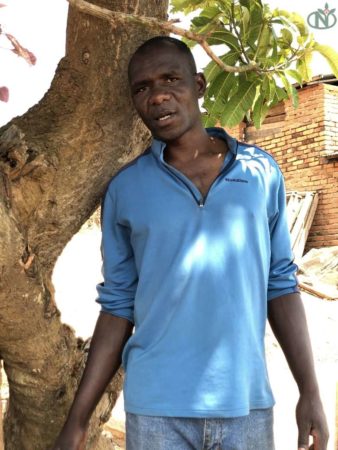 Coffee has been cultivated in Iyula villages since 1938, and in 1952 the Iyula Agricultural Marketing Cooperative and Society (AMCOS) was formed—though under a different legal form that was owned by the Coffee Authority of Tanzania (CAT).

It 1981 it took on its current AMCOS status, and over the last decade the group has made investments in quality, including purchasing a pulper in 2009 and transitioning to washed coffee in 2010.

During harvest season, farmers from the villages of Iyula and Hatete deliver cherry between 2 and 6 p.m., and the pulper is usually turned on around 4 p.m. Given the mill’s high production rate, the pulper sometimes runs until 3 a.m.

After being pulped, the beans flow through concrete washing channels, which separate them into four categories. They’re then fermented for 24 to 48 hours with water transported from the Msimbizi River, washed in the washing channels, soaked for 8 to 12 hours and dried on raised beds for 9 to 14 days.

The coffee trees in the area come from seeds brought by the great grandfather of the AMCOS’s current secretary, Mchina Mwamlima, who received the seeds from missionaries in the Rungwe district in the late 1930s. Today, the challenge for producers is understanding the loamy, clay soil in various areas and determining the right fertilizers.

Smallholder producers in the area produce approximately 1.3 bags each annually, and 277 producers contributed to this lot.