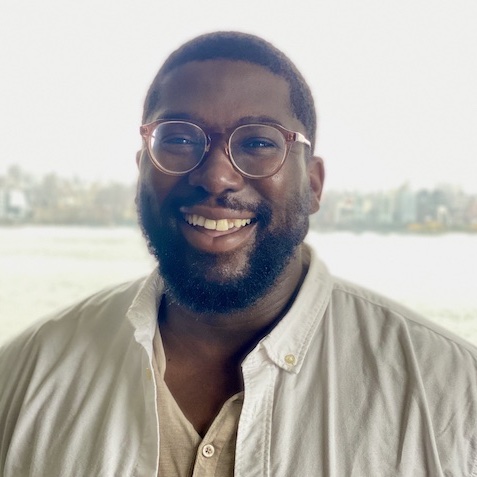 (201) 721-9100 charles.umeano@nkg.coffee
My sisters joke that I will literally go anywhere if there might be ice cream. They are not wrong.

Charles is a graduate of the University of Chicago, where he was a University Scholar Award Recipient and a member of the Dean’s List. Growing up in a Nigerian household, he says, the question was whether he wanted to be a lawyer, a doctor or an engineer. But coffee won out.

He has worked in cafes and roasteries in Atlanta, New York City and Boston in roles including wholesale manager, head barista and quality control lead. He has set standards for team operating procedures, hosted employee and buyer cuppings, developed partnerships, established coffee programs and managed large teams with high retention.

Charles joined Neumann Gruppe USA as part of the inaugural class of the NKG PACE program and is an integral member of QC lab services team for InterAmerican Coffee and Rothfos Corporation.

First concert: I saw the Parliament Funkadelic in Chicago as part of my university's spring concert festival. Until then I never really understood the appeal of live music – I certainly do now!

Favorite dessert: Like all members of my family (mother's side), I am nuts for peanut butter. However, my sisters joke that I will literally go anywhere if there might be ice cream. They are not wrong.

Best coffee memory: Hopefully the first time I set foot on a coffee farm with NKG PACE! Until then, it's a tie between the first time I made discernible latte art and when I first had an espresso that tasted like blueberries, discovering coffee’s remarkably complex palate.