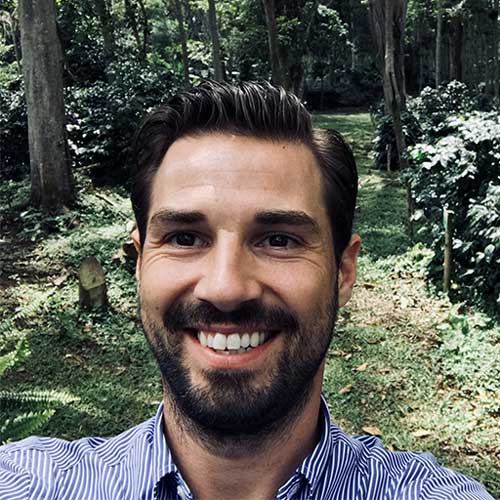 Florian’s coffee career began in 2005, working at his uncle’s roastery, Kaffeekultur, in Luedenscheid, Germany. Intended as a temporary position, the experience became the foundation of his career. The transition from six months of roasting, packing, selling and, of course, drinking and cupping copious amounts of coffee, to his current role as CEO of InterAmerican Coffee, was quite a journey and included:

• Three years as Trader/Green Buyer in charge of Central and South America, at import company Bernhard Rothfos GmbH in Hamburg, the largest operative company of NKG.

Since joining InterAmerican in March 2017, Florian has embraced the challenges of his new role as CEO, forever grateful for the experiences and opportunities that coffee has offered him and thankful every day for that first morning cup.

Profession you wanted to be when you were a kid: A textile trader, like my Grandpa. He gave me, for my 6th birthday, a suitcase of Italian textile samples together with an order book—it was my favorite toy for many years, and I’m afraid there are still some pending orders with family and friends…

Best coffee memory: There are so many, but one of the most significant was winning the German Cup Tasting Championship in 2008. It was totally unexpected and formed the point of no return for me in coffee.