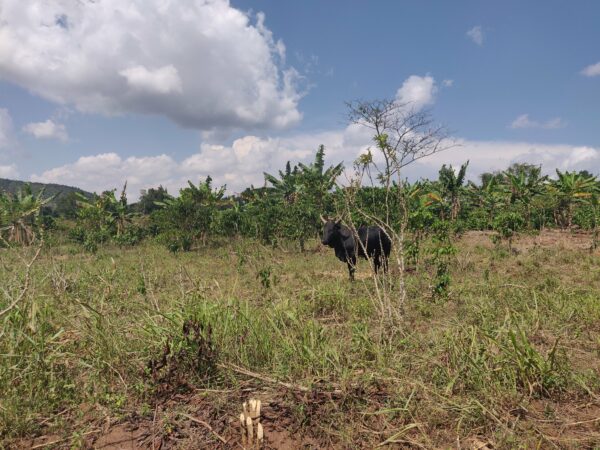 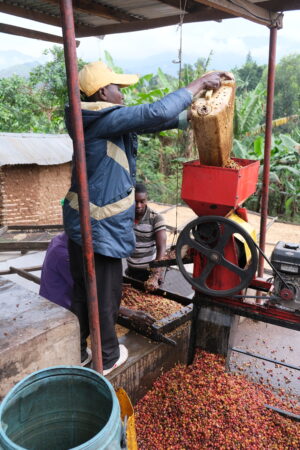 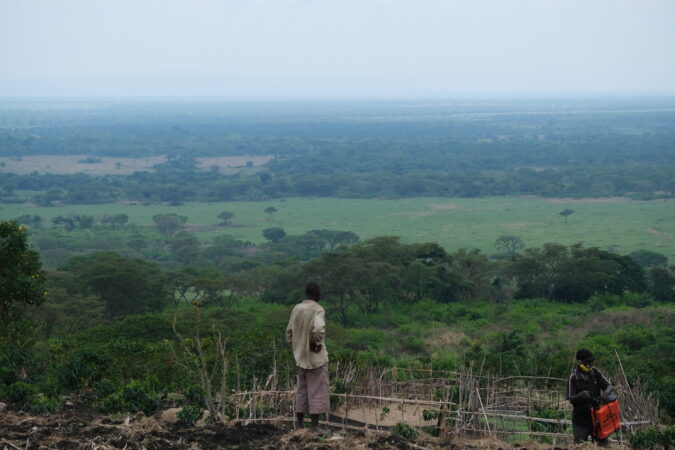 Uganda is historically known for its production of Robusta coffee, which is indigenous to the region. However, in relatively recent years, Uganda has become a major producer of quality arabicas. The introduction of the washed process alongside increased arabica production (which accounts for roughly 20% of production overall) has grown the Ugandan coffee industry, which represents 30% of the country’s annual foreign trade earnings. Uganda AB is a washed arabica that has been sorted to screen size 15-18.

While Robusta thrives in the country’s central lowlands around Lake Victoria, arabica does better at higher elevations. Because of this, arabica coffee is cultivated near the country’s east and western borders in the mountainous regions. Arabica grown in the easternmost part of the country around Mount Elgon – an extinct volcano at the that lies at the border with Kenya – generally undergoes the washed process. In contrast, arabica grown in the Western Rwenzori Mountains is generally strip picked and dry processed. This results in a lower-grade commercial product referred to historically as DRUGAR (short for dried Uganda Arabica).

Uganda arabica tends to be cultivated by smallholder farmers with less than 2.5 hectares of land. It is often intercropped with sustenance crops for personal consumption. This allows for shade cultivation which supports healthy production levels and continuously replenishes the soil with leaf litter.