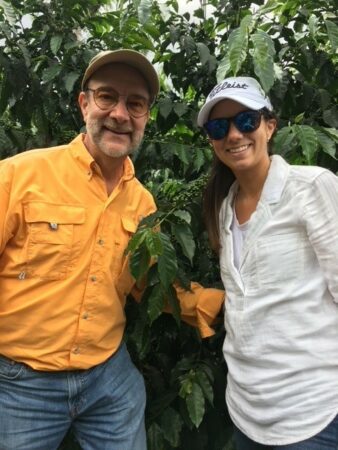 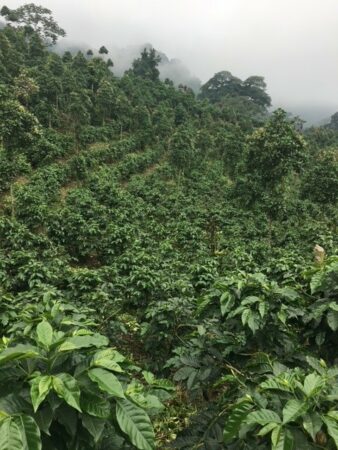 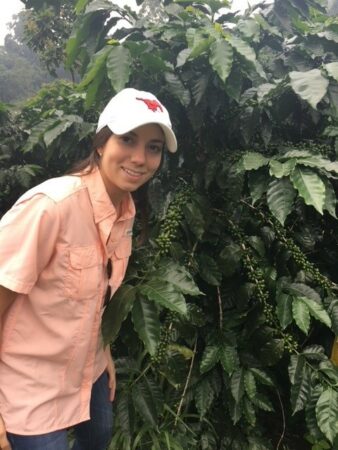 Guatemala Santa Rosa Arbelia is a fourth-generation family farm located in Barberena, Santa Rosa. Enrique Topke bought the farm in 1942. At the time, the farm was mainly cattle and corn with only a small amount of coffee, namely Bourbon. In 1984, Manfredo Topke (Enrique’s grandson) took over the farm at age 28.

Today, Arbelia is 70 percent coffee and 30 percent forest and is planted with better-yielding varieties such as Catui, Caturra, Mundo Novo and Tekisic. In response to expanding coffee rust, Manfredo started planting rust-resistant varieties such as Sarchimor, Anacafe 14, and Pacamara in 2012.

Finca Arbelia has been Rainforest Alliance certified since 2000 and is registered with the International Women's Coffee Alliance (IWCA) Guatemala Chapter, thanks to its affiliation with Camila Topke, Manfredo's daughter — and a trader at InterAmerican Coffee.

Camila took over the farm from 2013 through 2017, while serving as vice president of the IWCA Guatemala chapter. During this time, she introduced concepts she'd studied at university, including the use of organic, compost, increased shade coverage and new sustainability standards.

Finca Arbelia has running water and electricity, efficient wood stoves in each household, and at Christmas the children receive gifts from farm management. There is an annual grafting competition with the farm’s women grafters, which includes a monetary prize for the winner.