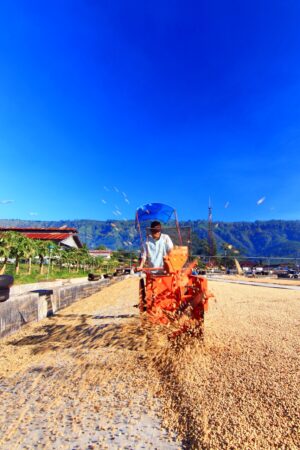 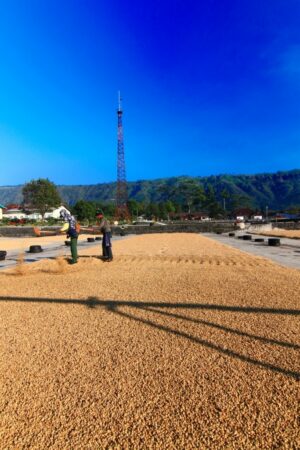 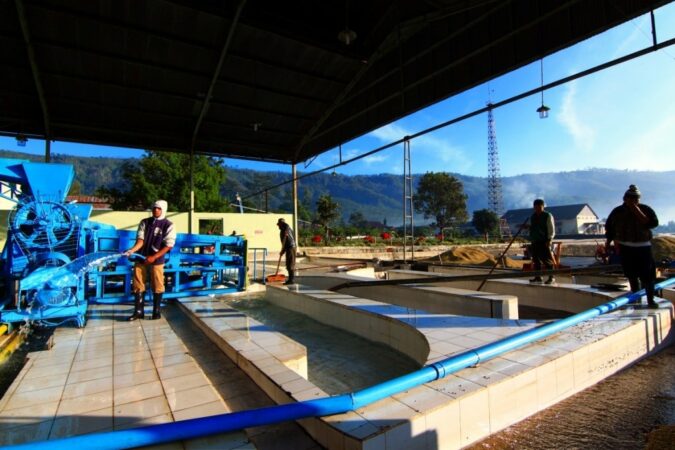 Java, known for centuries as “the spice island,” is the fourth-largest island in Indonesia but home to more than half the country's population.

Coffee on Java is mostly grown on its eastern end, around the Ijen volcano, and harvested between July and September. More recently, Arabica has been planted in West and Central Java, and production is increasing every year.

Most of Java’s Arabica is grown on four large estates on the Ijen Plateau: Blawan, Jampit, Pancoer and Kayumas. The estates were established under Dutch colonial rule. After Indonesia achieved its independence, following World War I, the government took control of the farms.

These state-owned farms are at ideally high altitudes—particularly Blawan and Jampit—and benefit from their lofty position, the microclimate on the plateau and the incredibly rich soil produced by centuries of volcanic activity.

The beginning of the coffee industry in Indonesia can be traced to the arrival of Arabica coffee on the shore of Java in 1699. Although the native farmers of Java were the first to cultivate Arabica, it soon spread throughout Indonesia's many provinces. In 1712, years of harvesting provided the first bag of Indonesian coffee to be exported to Amsterdam. Over the years, as exports have grown, so has the reputation of Java.

Thanks in part to its rich soil and abundant rainfall, Indonesia is the world’s third-leading producer and exporter of coffee. Approximately 90 percent of Indonesia’s production is Robusta, with Arabica comprising the remaining 10 percent.