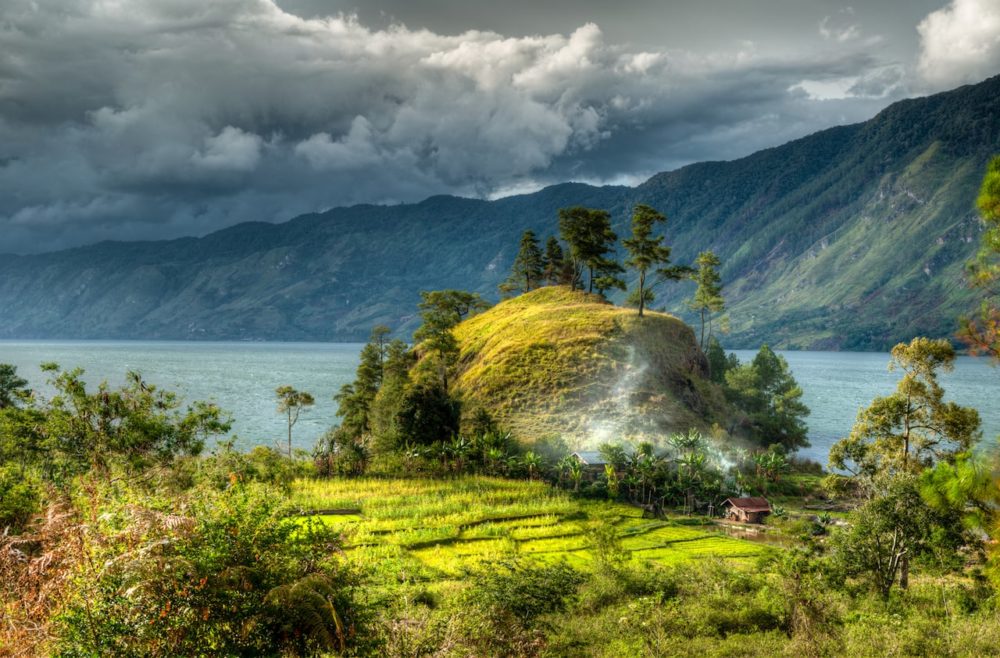 Sumatra Mandheling is grown on the slopes of Mount Leuser, a volcano near the port of Padang, in the Batak area of Aceh. The Leuser Range is said to be home to one of the most ancient and bio-rich ecosystems on the planet.

Mandheling coffees are named in honor of the Mandailing people, an ethnic group in the Batak area who go by this second spelling.

Indonesia is an archipelago of more than 17,000 islands, and Sumatra is the second largest of these. The islands were formed by volcanic activity, and their mineral-rich soil—fortified with volcanic ash and diverse plant life—have helped to make Indonesia's coffees among the most famous and celebrated around the world. (Sulawesi and Java, which follow Sumatra in land mass, are also spectacular—and perhaps often lumped together in the public conception of "Sumatra.")

Coffee trees were originally brought to Indonesia in the early 19th century by Dutch colonizers, who sought to break the Arabic monopoly on coffee cultivation. Soon afterward, coffee from Indonesia dominated the world market. By the end of that century, however, disease had completely destroyed the crops. Coffee trees were successfully replanted and quickly gained a large share of the world market until the plantations were ravaged again during World War II.

Indonesia's coffees have long been prized for a particular cup profile—a delicate acidity, creamy body and flavors from chocolate and red fruit to earthy, herbal, umami and sweet tobacco. The profile is the result of the country’s unique processing method, called wet hulled, or giling basah, in the Bahasa language.

Giling basah involves hulling the parchment at roughly 50 percent moisture content—versus 10 to 12 percent moisture, as is more common around the world). The parchment is then hulled and bagged and sent to rest—which is also unique to Indonesia. Elsewhere, hulling typically takes places just before the coffee is shipped to the port.

InterAmerican buys Grade 1 Sumatra coffees as Double-Picked (DP) or Triple-Picked (TP), referring to the number of times the coffee is hand-sorted for defects. This extra quality control measure further contributes to a very consistent cup that' comprised of cherries picked at optimum ripeness.

Caption: A coffee farm in Sumatra, photographed during a visit by InterAmerican SVP Kayd Whalen.