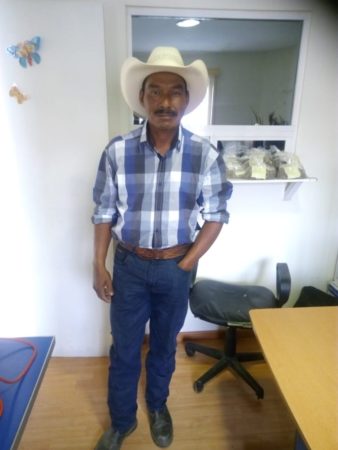 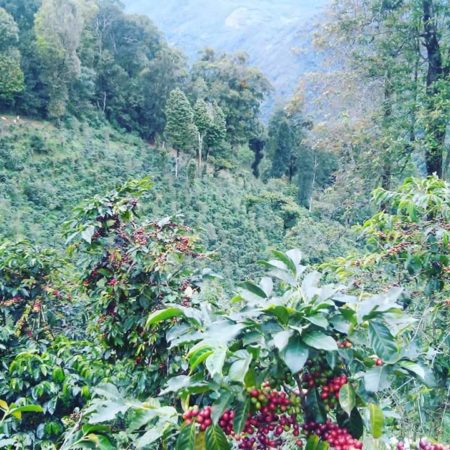 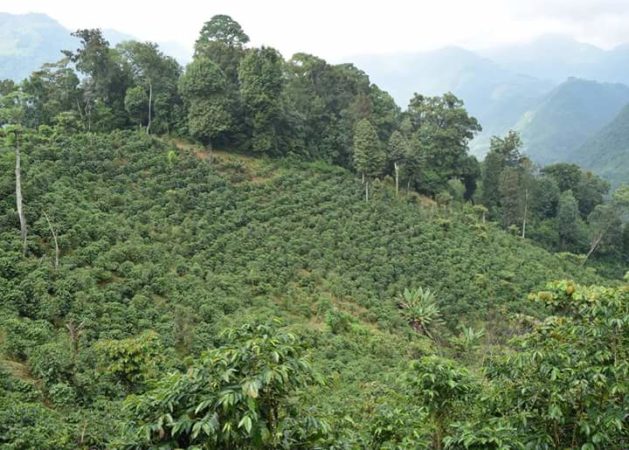 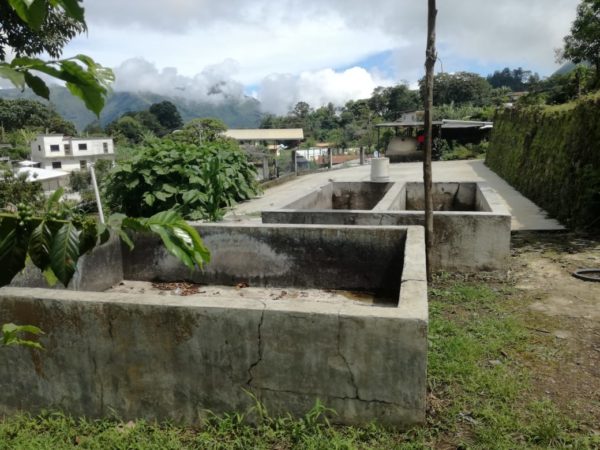 Microlots are limited offerings that represent the taste of a place or a moment. This may mean one farm, or a portion of a farm, the seasonal work of a cooperative or a day’s delivery at a mill. From Mexico this year, we’re delighted to offer four, 25-bag microlots that were selected as part of the inaugural year of a new microlot project. Experts from Colombia and Costa Rica were brought in to advise producers on all aspects of production, and ultimately four top producers were selected: Bernardo Peña, Bulfrano Victorio Lopez, Esmeraldo Perez and Mario Santiz.

The producers are part of the Por Mas Café program run by Exportadora de Café California, our sister export company in Veracruz.

Por Mas Café was created in 2015, in response to the roya crisis. It pairs ECC agronomists with producers and offers them access to agricultural and business expertise, seedlings, fertilizer and capital, which is repaid in coffee. The four producers featured here have thrived within the program—improving their yields, their cup quality and the financial viability of their farms and ultimately their families for years to come.

Finca San Carlos is located in La Fraylesca, in the municipality of Villa Corzo—one of 124 municipalities in Chiapas, Mexico.

In 1951, Mr. Carlos Teco Garcia was living in the capital city and laboring on coffee farms. He purchased the land in La Fraylesca, moved there with his wife and young children and transformed it into a coffee farm. In time, his children grew up and inherited portions of the land. This included his son Pedro Teco González and later Pedro’s son Bernardo Teco Peña.

Bernardo always preferred working on the farm to all else, and he left school after the sixth grade to dedicate himself to it. Today, a young, married man with three young children, he works the farm along with his father, Don Pedro. They respect the land and pay careful attention to each plot, as each was taught by his father. And their hard work is evident in quality of the cup.

On Finca San Carlos, named for the family patriarch, Don Bernardo and Don Pedro have very clear management procedures for weed control, pest control, pruning, plant-tissue management, shade regulation, harvesting and all other aspects of production, including fermentation, drying, storage and transportation. With time they’ve learned that being methodical in each step enables them to deliver consistent, high-quality coffees.

The natural environment is also a priority. Hunting is not allowed on the farm, and portions are dedicated reserve areas that remain untouched. Don Bernardo is passionate about protecting the animals that make their homes in the reserve, as well as the great variety of native birds that fill the trees—many of which he can identify by eye and ear.

Coffee pulp is used as a source of organic compost, and “honey water” from processing is never returned to the nearby streams, to ensure their purity.

Completing the ecosystem of the farm, the land also includes a preschool and primary school, so the children of the workers, as well as nearby children, have access to education.

El Chorro—the Jet—is a coffee farm in the Chiapas municipality of Bella Vista. It sits within the Sierra Madre mountain range at 1,800 meters, between the Triunfo National Park and Mexico’s border with Guatemala.

The 5-hectare farm was founded by Miguel Efrain Gonzalez Gomez in 1940 and inherited by his daughter, Emma Delia Gonzalez, and her husband, Bulfrano Victorio Lopez. The couple grows Bourbon, Catimor Costa Rica and Marsellesa and produces approximately 160 quintales a season. They employ workers to help maintain the farm and are very open to innovations that can help to improve the quality of their coffees.