Get to Know Papua New Guinea 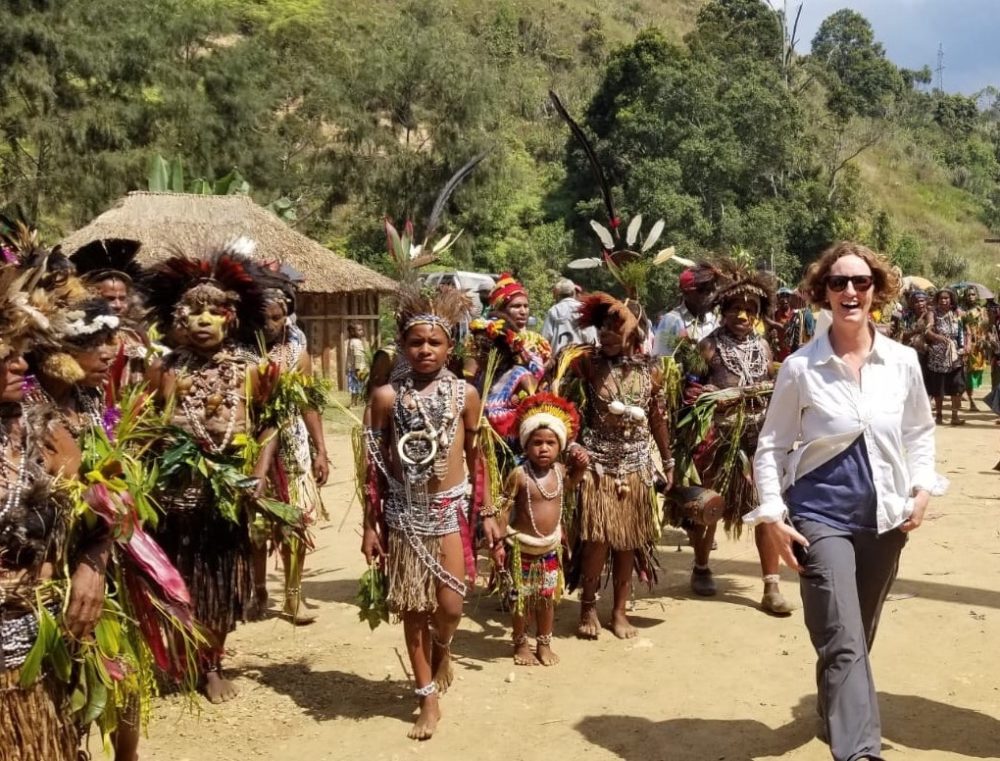 Kayd Whalen, our SVP and San Diego head of Trading, visited Papua New Guinea this July, fulfilling a career-long dream. A full account of her travels will be in Barista Magazine Oct. 1—we hope you’ll check it out!

To take a closer look at our PNG lineup, we spoke with Kayd about the farms she visited, the coffees she tasted, her time with our sister company New Guinea Highlands Coffee Exports—and the coffees our QC and Trade teams excitedly purchased from the samples she sent back.
—

Arokara AA and Mile High A

“Arokara AA and Mile High A are our non-region-specific blends. Traditionally, the Arokara had more Kainantu region, Eastern Highlands coffee. But in recent years, they’re using more Western Highlands components in the blend. So, they’re a regional mix, and they’re about hitting screen size, cup profile and price point.”

The Arokara has a creamy body, a winey acidity and notes of dark chocolate and earthiness, while the Mile High is brighter, more citrus and caramel notes, with a sparkling acidity and delicate body.

“Arokara is AA's, so they’re sorting for screen size, more plump beans. It meets a profile that we and our customers love, and it’s a great coffee. But we also wanted to find more specific, traceable options on this trip, and we did.”

“There are only a handful of actual plantations left in PNG. Approximately five. Amuliba is one of them. There’s sometimes confusion about plantation coffee. Often plantations are not only processing their own coffee, but also buying from a radius around them. For example, Nani, the owner of Amuliba, grows and processes his own coffee, but then collects almost a third more from his neighbors—neighbors whose property was actually a part of the original plantation. And he's processing it all, so it all has the same very high-quality attention to detail. We also see this in other origins, where people with high-quality washing and drying capabilities offer their services to their neighbors,” Kayd explains.

Amuliba was acquired in 1978 by Nani (who’s full name is Philip Kapal, and who is the village leader of the Tsekaka clan) through the Karkopi Development company.

“The estate was stunning. There was an elevated, covered house where they were processing the coffee,” says Kayd. “They also had gardens, vegetables and freshwater ponds. The soil is so rich and incredible—we saw abundance everywhere!”

Amuliba is 91 hectares and has always been covered in shade trees, to minimize any need for chemicals. And, it's in the process of applying for Rainforest Alliance certification.

Coffee producers on the Amuliba Estate.

“Timuza is a cooperative with a receiving station. They’ve won cupping competitions arranged by the PNG Coffee Board and received a lot of attention and good premiums for their coffee. I feel lucky to have secured this Timuza Organic lot,” said Kayd.

She continued: “People are processing cherry at home and then bringing it to the station in parchment. This was also the only place that we saw raised drying beds… And because they pay premiums for quality, people are traveling long distances to deliver parchment to them. They have a spotless and small-yet-efficient warehouse where they’re creating a loft with bedrooms so that people who travel from far away with their coffee can spend the night there.”

Receiving visitors, Kayd notes, is also good for the status of the co-op.

“It’s kind of a badge of honor that we’d traveled to visit them. Seeing their connection with coffee buyers builds community trust and respect for the co-op. It also encourages more neighbors to become members of the group,” she explained. “It was good to see how motivated they are and their investments from the premiums received for their coffee. The raised dying beds and warehouse were very impressive."

She continued, “When we arrived, we pulled off the road at an unmarked gate, all very unassuming, where we were surprisingly welcomed by a full-blown ceremonial celebration. There were hundreds of people in costume, singing, dancing and playing local instruments. They were so warm and enthusiastic—my heart was exploding with gratitude! One of the ladies picked me up and spun me around, thanking me for our visit!"

It was also personally exciting, Kayd adds, that “these incredible people were responsible for the coffee that had been my favorite on that morning’s cupping table!” 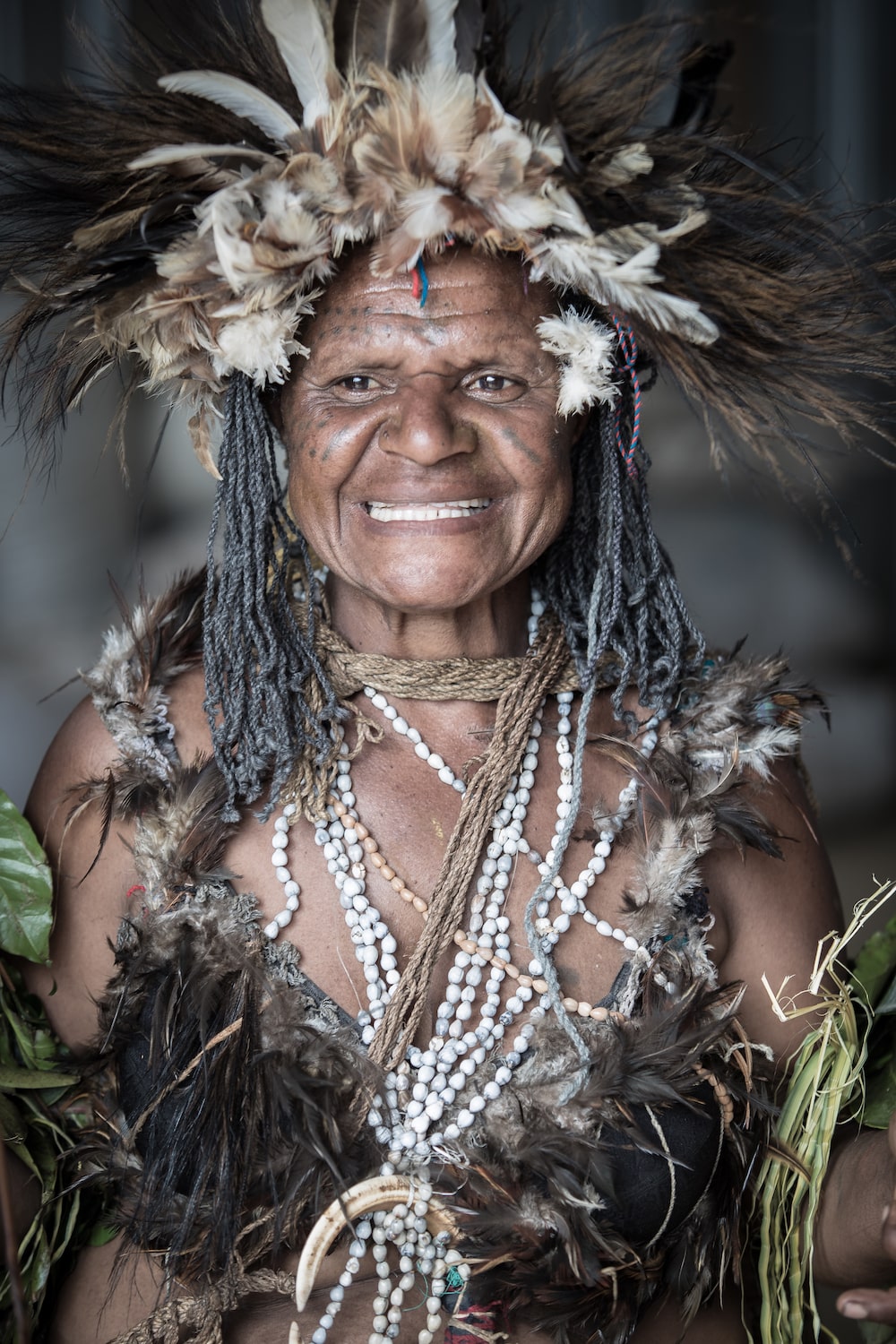 Mrs. Yaho’o Bankaze is a coffee farmer from the Timuza area. Coffee is her primary form of income and, particularly as a widow, she appreciates the premiums she receives from certifications and maintaining high quality.

The outside world was unaware of this stunning and incredibly fertile valley until Australians  began to visit in the early 1930s, searching for gold. After World War II, Europeans and so-called “explorers” began to “develop” the area, “establishing” some agriculture, planting Arabica and continuing to mine for minerals. Eventually, archaeologists uncovered the Kuk Swamp, finding 9,000-year-old agricultural drainage systems and establishing that the Wahgi Valley had been home to 20,000 years of human habitation, making it one of the oldest—and one of the four original—areas of plant domestication on the globe.

The Kigabah plantation was planted in the 1960s by Australian farmers. In the 1980s, the government returned much of the land to the indigenous tribes and earliest people who had owned them.  But in the early 2000s, Kigabah was sold to the son of the original planter. It’s one of the last privately owned and operated plantations in the Wahgi Valley.

“We’d been planning to visit, but unfortunately, we weren’t able to due to a death in the family. I hope to go back someday, as we’ve been sourcing their coffee for many years,” said Kayd.

We’ve been offering the Peaberry for a while, and we’re excited that this year we were also able to purchase the small amount of AA that they offer. With tangerine, grapefruit, chocolate and rich, savory notes, the AA was an immediate team favorite. 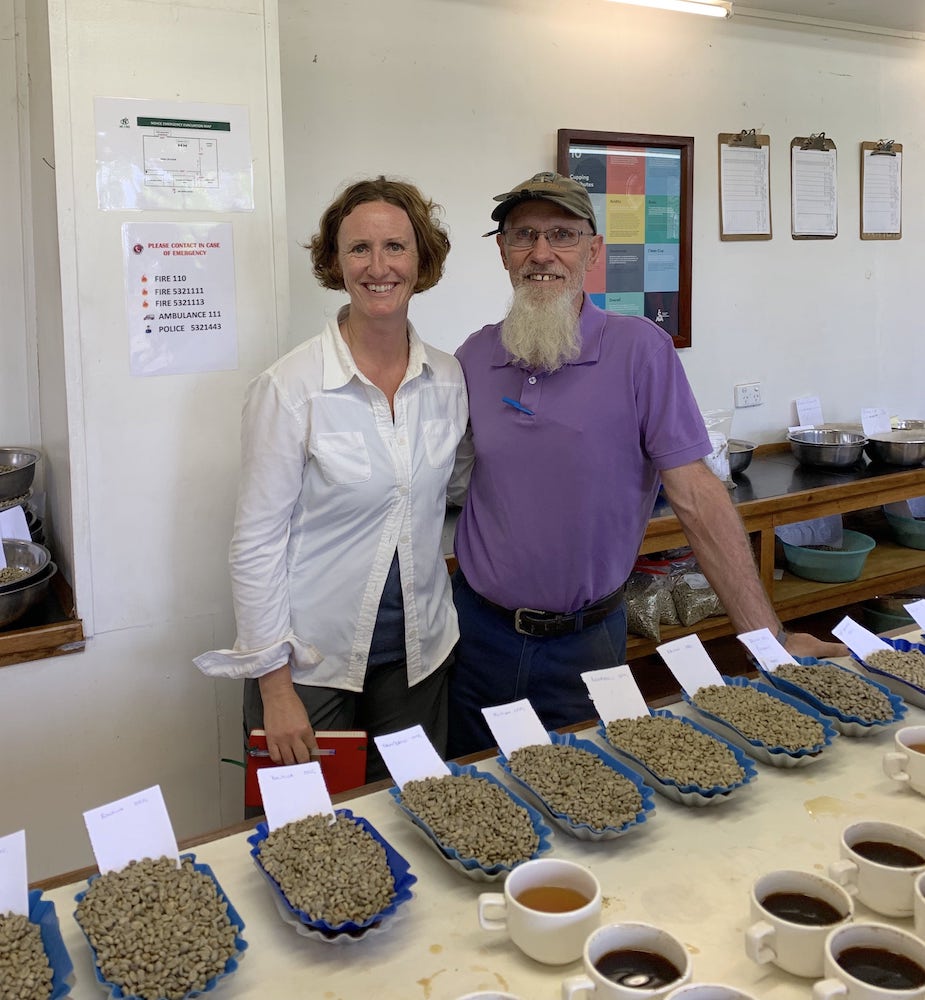 What were her impressions of our sister company and far-away colleagues?

“The efficiency of their cupping lab and overall operation is absolutely amazing,” said Kayd. They are cupping something like 200 coffees a day. It’s just incredible. In a difficult and unpredictable origin, they are doing a great job.”

“Also, people trust Dave [Hannon, the CEO] and Joeri [Kalwij, the general manager]. They’re not Papuans, but they’ve been around a long time and the community respects them. Shane, the head of operations and quality control, is a super interesting guy. He’s a certified scuba instructor, which is how he wound up in Papua New Guinea. And he’s an incredible cupper. He can cup anything blind and can tell which water tank was used on each cup. They have two different hot water tanks, and they pour four cups from one tank and one from the other, just to make sure they’re not introducing variables."

The NGHC team is also very forward thinking, Kayd said, "As far as: How do we improve the quality? How do we improve the price? And now, with the new specialty-focused cupping lab, it’s all about: How do we bring out the best in coffees and connect them to the right markets, building longterm relationships and equitable pricing for everyone in the chain?”

InterAmerican, she added, has traditionally focused on PNG blend components.

“We’ve trusted them to make us blends, based on a profile and price. But now there is an opportunity to have more traceability and do more project work with New Guinea Highlands … to really delve in with the most special lots they come across,” said Kayd. “It’s a really, really exciting time for that origin, and I can’t wait to see what happens next.” • 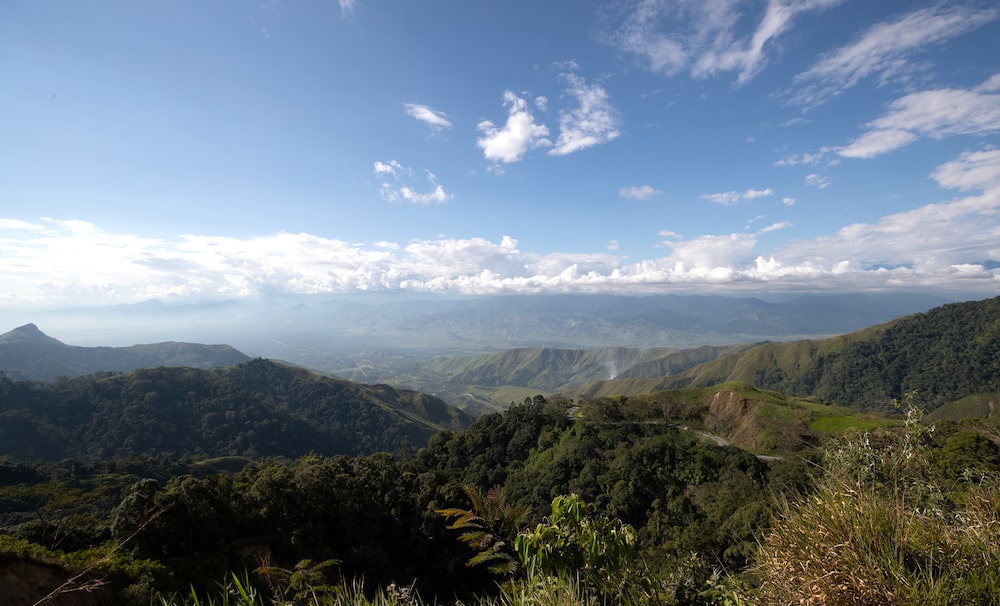